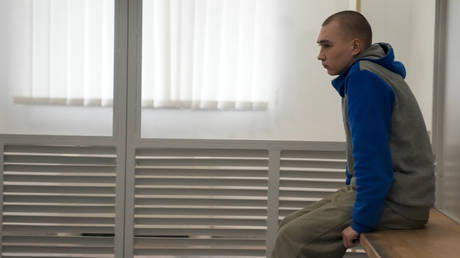 Russian soldier Vadim Shishimarin has been sentenced to life in prison for war crimes by a court in Kiev. Prosecutors accused the 21-year-old sergeant of shooting dead an elderly civilian in the northeastern Sumy Region of Ukraine during the first days of the Russian military offensive.

The Russian serviceman received the harshest punishment possible under Ukrainian law, as the death penalty has been banned in the country since 2000.

Shishimarin has “violated the rules and customs of war” and should be “found guilty and assigned a penalty of life in prison,” the judge said.

Shishimarin’s lawyers say they are going to appeal the ruling, with plans to go all the way to the European Court of Human Rights if higher Ukrainian courts uphold the sentence. 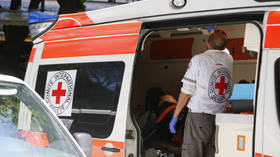 Earlier on Monday, Kremlin spokesman Dmitry Peskov said that Moscow has been concerned with the soldier’s trial, especially considering that Russia currently lacked the ability to “protect his interests on site.”

Russian institutions are currently unable to carry out their activities in Ukraine, Peskov explained. “But this doesn’t mean that we won’t consider the possibility of continuing attempts [to help the serviceman] through other channels,” he added.

Since the start of the conflict, Russia has insisted that its military isn’t targeting civilians, while only hitting Ukrainian forces and military infrastructure.

Moscow has itself launched numerous criminal cases against members of the Ukrainian military over the mistreatment of Russian POWs, shelling of residential areas in Donbass and inside Russia, and other violations. 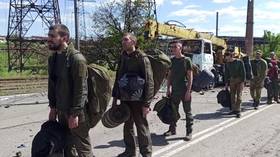 Russia launched an offensive against Ukraine in late February, following Kiev’s failure to implement the terms of the Minsk agreements, first signed in 2014, and Moscow’s eventual recognition of the Donbass republics of Donetsk and Lugansk. The German- and French-brokered protocols were designed to give the breakaway regions special status within the Ukrainian state.