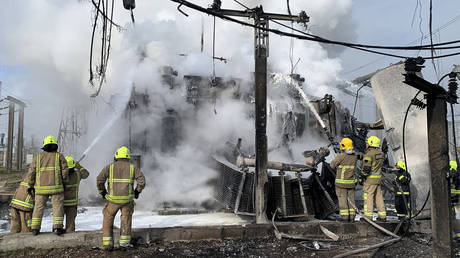 Ukraine is facing its harshest winter, which will be marked by ongoing blackouts, Yuri Vitrenko, the head of the state-owned energy giant Naftogaz, has said. In an interview with German outlet Handelsblatt, Vitrenko explained that “about 40% of the power generation plants were destroyed” by recent Russian airstrikes.

“It will be the worst winter in our history. We expect constant power outages and problems with heating,” Vitrenko said in the interview published on Monday, adding that Moscow has also hit Ukrainian refineries.

Ukraine is preparing for winter blackouts, the Naftogaz boss said, admitting that “it is impossible to 100% prevent problems” and the country therefore needs help from its partners.

In an interview with The Guardian in late August, long before Russia launched its offensive against Ukrainian energy infrastructure, Vitrenko admitted that without Western financial support, Ukraine would “lack gas” and, consequently, might see its power system going down.

In September, the Naftogaz boss urged Ukrainians to stock up on blankets and warm clothes, noting that this year’s heating season will start later and end earlier, while winter temperatures in apartments will be set at 17-18 degrees Celsius (62-64 degrees Fahrenheit), four degrees below the standard temperature. 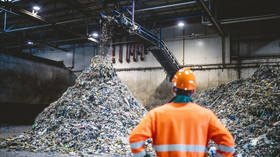 The ongoing shelling of Ukrainian infrastructure by Moscow prompted Ukrainian President Vladimir Zelensky last week to ask his compatriots to ease pressure on the struggling energy system by limiting their use of electricity between 5 and 11 pm.

On Sunday, he also asked the local authorities “to consume electricity very consciously” and emphasized that “this is not the right time for bright shop windows and signs.”