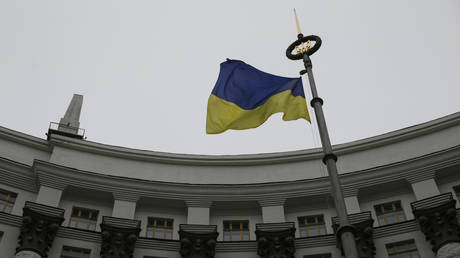 Ukraine’s top diplomat in Berlin has demanded that Germany must pay for what it describes as the theft of priceless heritage from the country by the Nazis during WWII, as well as for deals made on cultural artifacts since the war.

In an open letter published on Monday, Andrey Melnik, the Eastern European country’s ambassador said he refused to attend a concert marking the repatriation of Johann Sebastian Bach’s archive under the terms of a deal concluded just two decades ago.

In the statement, the envoy argued that Kiev is still owed compensation “for the enormous losses in cultural heritage during the Nazi occupation, as well as from the point of view of supporting [Ukraine] on its path to membership in the EU.”

Melnik also complained that Germany has ignored his country’s proposal to create a “Compensatory Fund for Wartime Losses” to help Ukrainian museums purchase art from around the world, and pointed out that Ukraine had been completely destroyed by the occupation and was deprived of much of its cultural heritage. (RT)