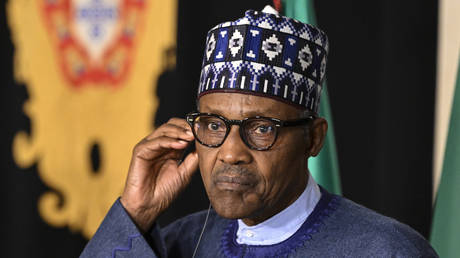 Weapons originating from the conflict zone in Ukraine are contributing to the violence and threat of terrorism in Africa’s Sahel region, Nigerian President Muhammadu Buhari has told a meeting of regional leaders.

Buhari mentioned intracontinental arms flows during a speech in which he described the challenges faced by Nigeria and the other five members of the Lake Chad Basin Commission (LCBC). He hosted a summit of the organization in the capital Abuja on Tuesday.

“Regrettably, the situation in the Sahel and the raging war in Ukraine serve as major sources of weapons and fighters that bolster the ranks of the terrorists in Lake Chad Region,” he warned.

A “substantial proportion of the arms and ammunition procured to execute the war in Libya,” end up spreading across the region, while weapons used “for the war in Ukraine and Russia are equally beginning to filter to the region,” the president said.

The spread of illegal small arms threatens regional security, so African countries need to ramp up joint border-control measures and law enforcement action to intercept those weapons, he suggested.

Buhari also hailed some successes in the fight against terrorist groups that are active in the Sahel, like Boko Haram, but stressed that military operations alone could not solve the underlying issues. He urged African nations to foster economic development to build public trust in their governments. 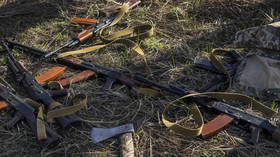 Arms sent to Ukraine could end up with ‘terrorists’ – UK

The Libyan conflict and NATO intervention of 2011 that toppled the government of strongman Muammar Gaddafi resulted in a large amount of weapons from the Libya’s stockpiles spreading throughout the Sahel. The country has remained torn between warring factions for more than a decade.

The US and its allies are arming Ukrainian troops with increasingly sophisticated weapons, stating that helping Kiev defeat Russia is a strategic priority for Western nations. NATO members claim that there is a robust system in place to track their lethal aid in Ukraine.

Media reports indicate that the effectiveness of the scheme is exaggerated and that a large number of small arms and equipment end up on the black market. Some law enforcement agencies, such as the UK National Crime Agency, warned that Ukraine may become a source of arms for gangs and terrorist groups.

Read more:   Iran to send warships to the Atlantic, closer to U.S. waters

The LCBC has six member states, included for their proximity to Lake Chad, including Cameroon, the Central African Republic, Libya, Niger, Nigeria and Chad itself. Some other African nations have observer status in the group. (RT)