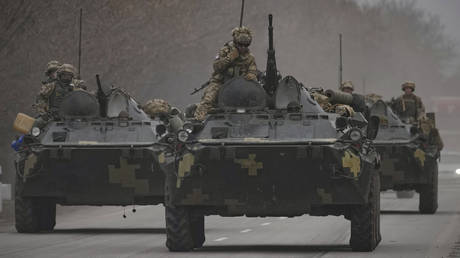 Why do Russian-Ukrainian relations concern every Russian and Ukrainian? To some extent, what is happening is a delayed civil war, which could have happened in the early 1990s with the collapse of the USSR, when the first generation of Russian and Ukrainian leaders boasted that they had avoided a bloody divorce like the one in Yugoslavia.

In Russia, every other person has relatives in the neighboring country, and what is happening there is more a matter of domestic politics. For example, if the Ukrainian government closes Russian Orthodox churches or bans a pro-Russian opposition political party, the story gets immediate coverage on state TV and Russian politicians issue statements.

All post-Soviet countries gained independence on the same day, and each of these states is in some way an experiment in state-building; in establishing foreign and domestic political strategies.

The peculiarity of the Ukrainian state experiment is underscored by the following dilemma: How is it possible to reconcile the two pillars of Ukrainian statehood – Galician Ukraine and the eastern Russian community? At some point, people representing the western regions had a stick in their hands, and they began to use it in their dialogue with representatives of the east — that is why the last Maidan won. The path along which the Ukrainian experiment has developed reflects a gradual curtailment of the presence and interests of Russian identity.

Read more:   Free distribution of masks in Azerbaijan not on agenda: Cabinet of Ministers

Ukrainian President Volodymyr Zelensky, when trying to enlist support in the east of the country during the elections, promised that he would never ban the teaching of Russian in schools, that he would ensure the status of Russian as a language when communicating with government agencies, and that he would protect the memory of the Great Patriotic War. As soon as he came to power, it became clear that his intentions were to do the exact opposite. 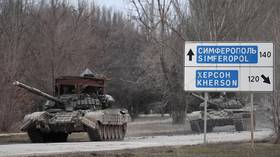 Andrey Sushentsov: There is still room for compromise between Russia and the West

Now, watching what is happening in the Western media, we can see everything portrayed as if big, strong Russia attacked small Ukraine. From the point of view of the strategic balance of power, however, the situation is not so obvious. Ukraine is the second-largest nation in Europe in terms of physical size after Russia. The population of Ukraine is about 40 million people – large by European standards.

The army of Ukraine is the third-largest in Europe after those of Russia and Turkey – between 220,000 and 240,000 people. Military spending as a share of Ukraine’s GDP was almost 6% (at the level of Israel), the armed forces have been modernized, and Kiev purchased modern armed systems from the West. NATO Secretary General Jens Stoltenberg directly pointed out that Western instructors had trained tens of thousands of Ukrainian soldiers. By pumping Ukraine with weapons, the West sought to create a counterbalance to Russia, facing off against it in a way that would completely absorb its attention and resources – akin to Pakistan’s confrontation with India.

A few weeks ago, Russian pranksters called the UK secretary of defense and, on behalf of the Prime Minister of Ukraine, asked how Britain would react if they were planning to create nuclear weapons in Ukraine. The defense minister replied that the UK would always support their Ukrainian friends.

It seems to many that the West would never allow Ukraine to obtain its nuclear weapons, but it is quite possible that the West would react in the same way as in the case of Israel: Formally, the country does not have WMDs, but, as one Israeli leader said, “If necessary, then we will use it.” Metaphorically speaking, we can say that the Americans put a bulletproof vest on the Ukrainians, giving them a helmet and pushing them towards Russia: “Success, buddy.” Ultimately, all this led to a relationship of one-sided dependence. Ukraine is highly dependent on the West, but the latter does not plan to systematically support it forever.

How would the Americans behave if Russia responded with a comparable threat? At one of the hearings in the US Senate, US Admiral Kurt W. Tidd stated that “Russia is expanding its presence in the region directly competing with the US for influence in our hemisphere.” Imagine if Russia started interacting with Mexico in the same way the West is now behaving with Ukraine: Unexpectedly for the Americans, Mexico begins to rapidly militarize itself, thinks about its own missile program, about nuclear weapons. Mexicans recall grievances from the 19th century, when Texas was not yet part of the United States. What would the United States do, given the very recent leaks about the desire of former President Donald Trump to invade Venezuela “because of a threat to regional security?” (RT)