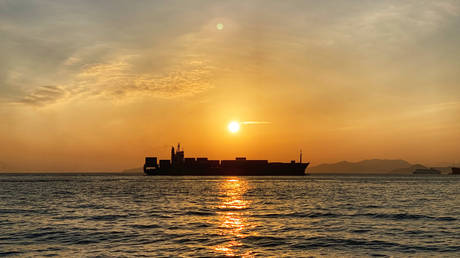 Kiev has handed over nine vessels belonging to Russia to a Ukrainian company, the country’s authorities announced on Saturday.

“The income received from managing the vessels will go to the state budget of Ukraine. The total cost of the ships is over UAH 532 million (nearly $14.5 million),” the Prosecutor General’s Office said in a message on its Telegram channel.

The ships entered Ukrainian ports in late 2021 and early 2022 and, according to the agency, were transporting cargo. They were then “arrested” and transferred to ARMA, a government agency for the search and management of assets.

In August, Ukrainian President Vladimir Zelensky announced that Kiev had confiscated $765 million worth of Russian assets on Ukrainian territory, and was going to seize more assets belonging to the Russian state, and to use the proceeds for Ukraine’s defense and reconstruction. 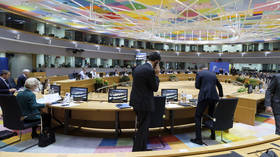 On Friday, the EU said it would look into ways of using the €300 billion ($292 billion) worth of Russian assets it has frozen as part of sanctions against Moscow, to finance Ukraine.

After a summit in Brussels, Austrian Chancellor Karl Nehammer pointed out that any decision to transfer Russian assets to help Ukraine would have to be made in court, as Europe was committed to the rule of law.

Moscow has repeatedly condemned the seizure of its assets by Western nations and has described it as theft.