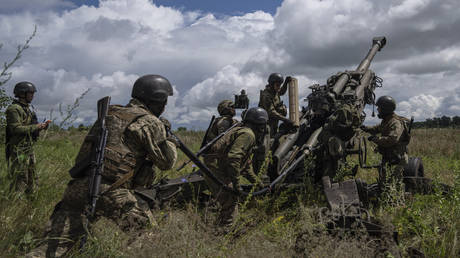 Washington has no objections to Kiev using Western-supplied weapons to target territories that may decide to join Russia, as the US considers the vote to do so illegitimate, Secretary of State Antony Blinken said on Tuesday.

The US and its allies have supplied Ukraine with a variety of weapons, including tube and rocket artillery. At a joint press conference with his Indian counterpart Dr. Subrahmanyam Jaishankar in Washington, Blinken was asked if the US had any objections to Ukraine using those weapons to attack targets in Donetsk, Lugansk, Zaporozhye and Kherson, which just wrapped up a vote on joining Russia.

“We will never recognize the annexation of Ukrainian territory by Russia,” Blinken told reporters. “Ukraine has the absolute right to defend itself throughout its territory, including to take back the territory that has been illegally seized, one way or another, by Russia. And the equipment, the weapons that we and many other countries are providing, have been used very effectively to do just that.”

Russia’s “annexation” of the Donbass republics and the two regions will make zero difference to either Ukraine or the US, Blinken insisted. “The Ukrainians will continue to do what they need to do to get back the land that has been taken from them. We will continue to support them in that effort.” 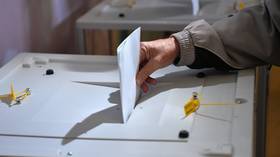 In June, when the US first sent long-range HIMARS rocket artillery to Ukraine, Blinken said he had received “assurances” from Kiev that they will not be used on Russian territory, and that he believed them due to a “strong trust bond.”

Kiev’s forces have since used the US-supplied weapons to target civilians in Donbass, Kherson and Zaporozhye, which are under Russian control. Ukraine has also bombed Crimea and border towns in the Russian regions of Kursk and Belgorod. Crimea rejoined Russia in March 2014, after the US-backed coup in Kiev, while Donetsk and Lugansk declared independence.

Blinken also accused Russia of a “diabolical scheme” to deport or “disappear” the local Ukrainian population and “bus in” Russians who would then vote in a manipulated referendum to get annexed by Moscow.