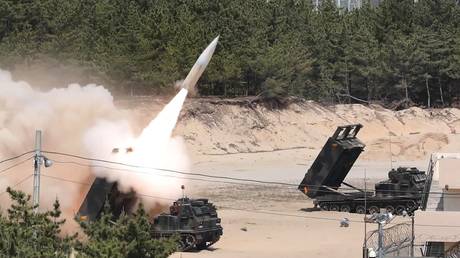 Ukraine is urging Washington to supply it with longer-range missiles that would enable its forces to attack targets deep inside Russian territory, the Wall Street Journal reported on Thursday, citing sources.

According to unnamed US officials interviewed by the outlet, Kiev wants future arms deliveries to include advanced systems such as the US Army Tactical Missile System (ATACMS). US members of Congress and Ukrainian officials say this would allow Kiev’s forces to strike Crimea, which overwhelmingly voted to join Russia in 2014, and which Ukraine still considers as its own territory.

However, the Biden administration has so far been reluctant to supply Kiev with long-range missiles due to fears that they might escalate the conflict and trigger a response from Moscow, the report says.

“The reason we are not giving them these weapons is disagreement over striking targets in Crimea,” a congressional official explained to the outlet.

Ukrainian officials told US lawmakers that they needed ATACMS to conduct strikes on a Crimean air base from which Russia’s Iranian-made drones are said to be operating. Tehran previously denied it had sent Russia its unmanned aerial vehicles, stressing that it takes a neutral stance on the Ukraine conflict. 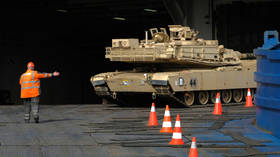 Meanwhile, according to the Wall Street Journal’s sources, another reason for Washington’s unwillingness to give ATACMS to Ukraine is a concern that it would deplete America’s own stockpiles, harming its military readiness.

According to various media reports, Ukraine has long been asking its Western backers to support it with high-end weapons, including Patriot air defense systems, F-16 fighter jets, M-1 Abrams and Leopard tanks. However, the West has so far resisted these calls, citing inevitable logistical and maintenance issues.

Read more:   Solar wind is blasting Earth's oxygen onto the surface of the Moon

As of late September the Pentagon had committed to Ukraine 34 High Mobility Artillery Rocket Systems (HIMARS), while insisting that the country does not need long-range missiles. This, however, has not dissuaded Kiev from pressing its case, with Foreign Minister Dmitry Kuleba claiming last month that Kiev and Washington were “discussing this issue.”

Moscow has previously warned the US against sending such munitions to Ukraine, with Foreign Ministry spokeswoman Maria Zakharova saying that the move “would cross the red line” and make Washington “an actual party to the conflict.” (RT)