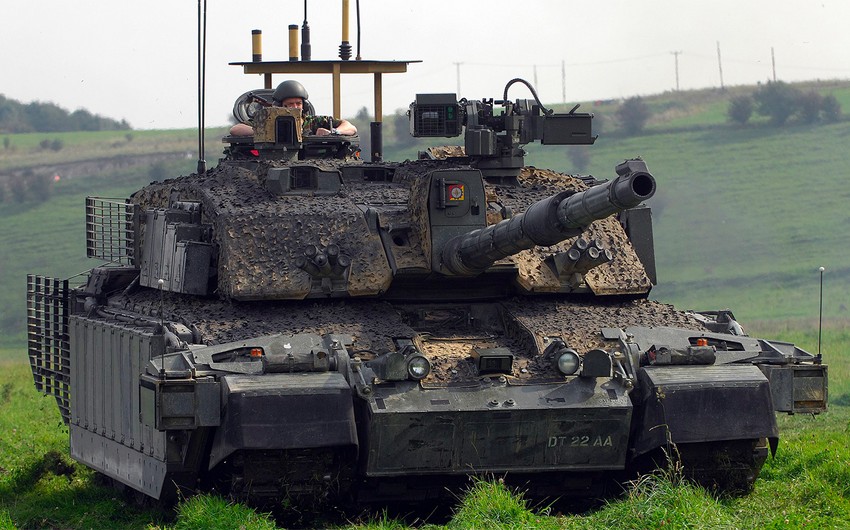 The UK is to send Challenger 2 tanks to Ukraine to bolster the country’s war effort, Prime Minister Rishi Sunak has said, Report informs via BBC.

He spoke to Ukraine’s President Volodymyr Zelensky in a call on Saturday, during which he confirmed he would send the equipment and additional artillery systems, No 10 said.

The BBC understands the initial commitment is for 14 tanks.

Around 30 AS90s, which are large, self-propelled guns, are also expected to be delivered.

President Zelensky has thanked the UK, saying that the decision to send the tanks “will not only strengthen us on the battlefield, but also send the right signal to other partners”.

He said the UK’s support was “always strong” and was “now impenetrable”.

No 10 said that during the call, Sunak and Zelensky also discussed also recent Ukrainian victories, as well as the “need to seize on this moment with an acceleration of global military and diplomatic support”.

Built in the late 1990s, the Challenger tank is more than 20 years old, but it will be the most modern tank at Ukraine’s disposal. The tanks will provide Ukraine with better protection, and more accurate firepower.