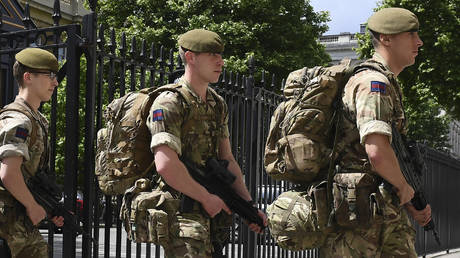 Britain will boost its military spending considerably in the coming years, Defence Secretary Ben Wallace has revealed, despite the fact the nation is facing an economic crisis stemming from Covid-19 measures and London’s sanctions on Moscow.

In an interview with the Sunday Telegraph published on Sunday, Wallace said the British government will shell out at least £52 billion ($56.5 billion) to shore up the military, which is “actually going to grow.” The plans are in keeping with Prime Minister Liz Truss’ campaign promise to boost defense spending.

According to the official, Britain’s annual defense budget will amount to £100 billion by 2030.

Wallace also took aim at former Chancellor of the Exchequer Rishi Sunak and the Treasury for what he described as a “corporate raid” of the armed forces which started back in the 1990s. He claimed that the Treasury had even tried to “stipulate the size of the Army.”

Read more:   Azerbaijan to use Turkiye's experience in digital health

“My department has been so used to 30 or 40 years of defending against cuts or reconciling cuts with modern fighting, they’re going to have to get used to a completely different culture,” the defence secretary noted. 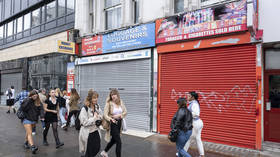 Wallace expressed confidence, however, that Sunak’s successor in the office, Kwasi Kwarteng, would show more understanding toward the military’s needs.

The defence secretary, who retained his post after Liz Truss defeated Sunak in the race to become prime minister in early September, told journalists that the new leader’s willingness to spend more on the military was one of the key factors for him in deciding which candidate to back for prime minister.

“The reason I supported Liz Truss was that the risks we were prepared to tolerate in the middle of the decade are not risks I want to tolerate any more in light of Russian aggression,” Wallace said.

Read more:   'Just one more push' to get Brexit, Britain's May urges EU

Addressing world leaders at the UN General Assembly in New York, Truss reiterated her campaign pledge to spend 3% of GDP on defense by 2030.

According to Bloomberg, the new prime minister reversed former PM Boris Johnson’s plans to slash the military by 9,500 personnel.

Commenting on the changes, which are expected to be unveiled by the end of 2022, Downing Street clarified that they were needed to “stand firm against coercion from authoritarian powers like Russia and China.”

The decision comes despite the UK government’s interest payable on debt hitting the highest level on record, as reported by the Office for National Statistics (ONS) earlier this week. Inflation, food, and energy prices have also soared, while the British pound and consumer confidence have hit the lowest levels in decades. (RT)

Russia is on its way to becoming India’s top oil supplier this month, with Moscow…