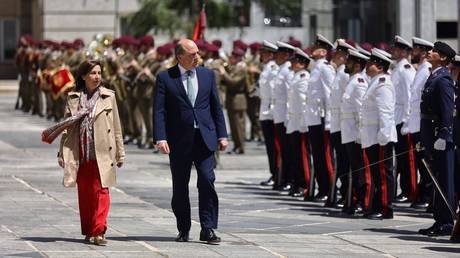 Russia’s expanding presence on the African continent might pose a “worrying” threat to the southern flank of NATO, Spain’s Defense Minister Margarita Robles and British Defense Secretary Ben Wallace stated at a joint press conference in Madrid on Wednesday.

African nations such as Libya and Mali see increased activities of both the Russian government and the nation’s private security companies like the Wagner Group, the two defense chiefs claimed, adding that such developments are “very clear” and that Moscow could use it as leverage against Europe or NATO.

Robles and Wallace linked Russia’s activities to the rising threat of organized crime and terrorism in the region, saying that, if coupled with growing instability and the risk of hunger in Africa, such developments can pose a serious risk to Europe. 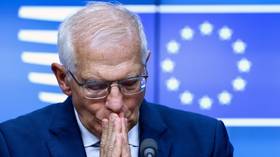 “If [Russia] can use migrant flows as a weapon at one end of Europe, they can certainly use it at the other,” Wallace said. The UK defense secretary was referring to what Europe calls a crisis on the Polish border with Belarus, where thousands of migrants that arrived from third countries, mostly in the Middle East, are trying to cross into the EU.

Western nations previously accused Belarusian leader, Alexander Lukashenko, of fomenting the crisis by encouraging migrants to take this route to Europe. The Kremlin was also accused of supporting Minsk in this endeavor. Both Russia and Belarus denied they were behind the problem. (RT)