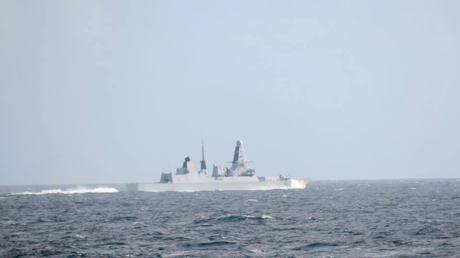 The UK, the biggest supporter so far of Washington’s idea for an international naval armada to ‘protect shipping’ in the Persian Gulf, is sending a third warship to the region, as the standoff with Iran continues.

The HMS Defender, a type-45 destroyer, left Portsmouth earlier this month, but its final destination was announced only on Saturday. Britain also has HMS Kent and HMS Montrose, both type-23 frigates, in the area. London says the ships are tasked with protecting UK-flagged vessels, after Iran seized the Stena Impero in July, following the Royal Navy’s earlier detention of its tanker, Grace 1, in Gibraltar. (RT)

France urges U.S. to stay in fight against Islamists in Africa’s Sahel