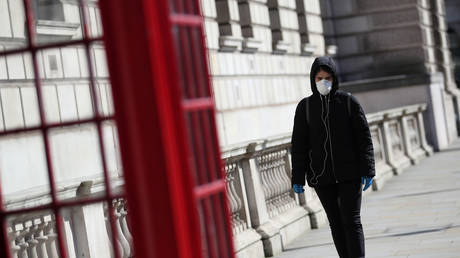 The risk of a devastating pandemic was repeatedly raised by UK policy-making officials for 15 years, but the threat was never taken seriously or prepared for by British security and intelligence officials, new analysis says.

Systematic planning or intelligence gathering around health crises “does not appear to take place in any UK security agency” despite the fact that their proclaimed roles are to keep the country safe, according to Declassified UK, which conducted the research.

The lack of focus on health crises is not for lack of warnings. The National Risk Register has “regularly concluded” that an influenza pandemic is the “gravest threat” to UK security, and could see potentially 750,000 deaths in a worst-case scenario as well as major supply disruptions without proper precautions.

The Declassified UK analysis comes after the UK faced widespread criticism, including from World Health Organization (WHO) experts, for its slow response to the Covid-19 pandemic, which was initially aimed at building ‘herd immunity’ to the virus.

Also on rt.com UK Parliament set to close as nationwide lockdown sets in

That strategy was ditched when Downing Street realized that a massive influx of critically-ill patients could see the NHS being overwhelmed in the short term. Former public health chief Professor John Ashton also lambasted London’s approach as “complacent” and accused PM Boris Johnson of having “wasted a month” before taking the pandemic seriously.

The UK’s sluggish response to the outbreak may now be no surprise in light of the fact that no government agencies appear to have been preparing for such an eventuality — instead choosing to focus on lesser or significantly over-hyped external threats instead.

“No head of MI5 or MI6 appears to have ever mentioned publicly the threat posed by a global health pandemic, despite regular interventions positing the threat posed by Russia and terrorism,” Declassified UK said. This is all despite the fact that in 2005 the Civil Contingency Secretariat warned that the H5N1 avian flu was “as serious a threat as terrorism.”

Read more:   The truth IS out there! Pentagon admits it conducted 'UFO' investigations

In fact, it still “remains unclear” what role the chiefs of the MI5 and MI6 security agencies are playing in crisis policy-making, the investigative website said. (RT)