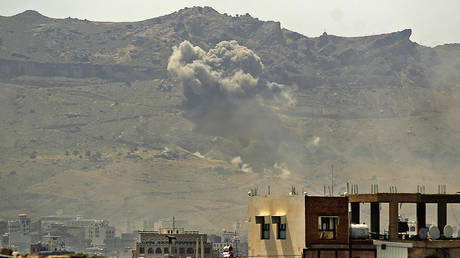 The UK government has come under fire after announcing that it is to recommence arms sales to Saudi Arabia, despite acknowledging that the kingdom could be using them to commit war crimes in Yemen.

In a written statement published on Tuesday, International Trade Secretary Liz Truss confirmed that the UK will resume trading militarily with their key ally in the Gulf region. A landmark UK Court of Appeal ruling in June 2019 judged that arms sales to the kingdom were unlawful – prompting the government to suspend new arms sales while it conducted a review.

Truss said they had concluded that, while some “credible incidents of concern” had been recognized as “possible” breaches of international humanitarian law (IHL), the UK government saw these as “isolated incidents.”

The incidents which have been assessed to be possible violations of IHL occurred at different times, in different circumstances and for different reasons.

Explaining the decision further, Truss claimed that notwithstanding potential historic violations, Saudi Arabia had a “genuine intent” and “capacity to comply with IHL.” (RT)