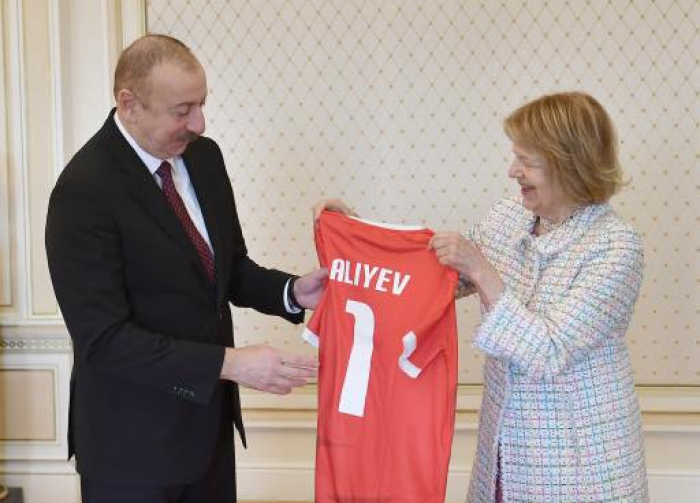 The two discussed a wide range of important issues including the Southern Gas Corridor, UK’s readiness to invest in Azerbaijan’s renewable energy sector as well as the UK’s hosting of COP26 in November and our ambitious plans to cut CO2 emissions, according to the embassy.

At the beginning of the meeting, acknowledging that Baku is one of host cities for EURO2020 and that Wales will play two qualifiers in Baku, Baroness Nicholson presented President Aliyev with a Wales team shirt and wished the president every success in hosting the tournament, the embassy added.