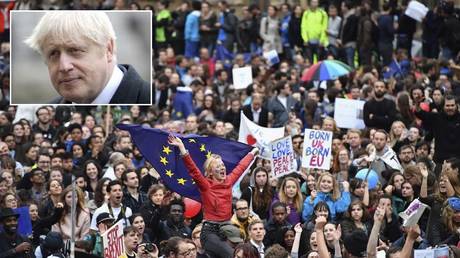 British Prime Minister Boris Johnson has said he won’t ask for more time to strike a deal with the EU, despite the president of its executive, Ursula von der Leyen, saying the 27-nation bloc was preparing for a no-deal Brexit.

“Of course we’re not going to extend the transition period, but we want to make practical arrangements to help businesses in Northern Ireland,” Johnson told Parliament on Wednesday.

Johnson’s reaffirmation that the transition period, which ends on December 31, would not be extended came hours after European Commission President von der Leyen said she could not yet tell if there would be a Brexit deal.

“The European Union is well prepared for a no-deal scenario,” she told the European Parliament on Wednesday. (RT)