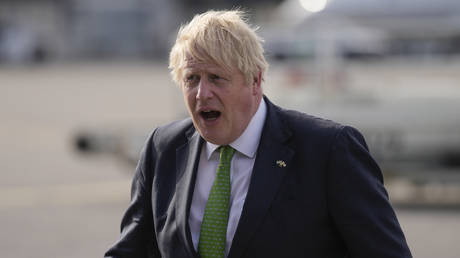 Ukrainian refugees fleeing the conflict between Moscow and Kiev will not be shipped off to Rwanda, despite a new agreement to send illegal migrants there, UK Prime Minister Boris Johnson has said. Such a move is “simply not going to happen,” Johnson told LBC Radio on Thursday. He did not specify the reasons for drawing a distinction between Ukrainians and refugees from other countries.

London is sticking to supporting Ukraine and its people amid the ongoing conflict, Johnson insisted, claiming that Britain has done the most to help them and other refugees.

“There is no country that has opened its hearts more to people fleeing war and persecution around the world since 2015. No one’s done more,” he said.

Read more:   NATO chief says Russia is not our enemy

Currently, there are two different “Ukrainian schemes” to help the refugees, with both of them “uncapped,” the PM explained. One of them involves the reunification of families, with Ukrainians already living in the UK being able to bring over their relatives. 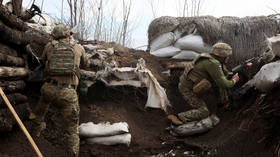 “You have a quite a big Ukrainian community in the UK, perhaps 20,000 or 30,000 people, who want to bring relatives, distant relatives they can be, we don’t mind, over to the UK. That’s scheme number one,” he said.

Another one is a sponsorship scheme dubbed “Homes for Ukrainians,” which allows individuals and organizations alike to offer Ukrainians fleeing the conflict a home. This scheme is trickier than the first one, Johnson admitted, as it requires both checking the refugees and making sure they get the “right homes.”

“You’ve also got to make sure, in quite a difficult time for Ukraine, when we don’t know the identities exactly of people leaving the theatre of war, you got to make sure that you’re screening people as well,” the PM said, ruling out the prospect of sending Ukrainian refugees off to Rwanda and stressing it was something that was “simply not going to happen.” (RT)