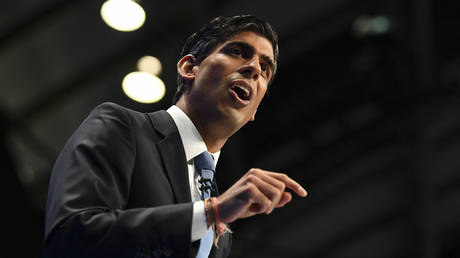 The Russian president must not be allowed to attend summits until he ends the offensive in Ukraine, a spokesperson for Rishi Sunak has said Rishi Sunak. © AFP / Ben STANSALL

British Conservative Party leadership candidate Rishi Sunak has called on the G20 to bar Russian President Vladimir Putin from its summits until Moscow halts its military operation in Ukraine, his representative said on Friday.

Earlier, Indonesian President Joko Widodo said that both Putin and his Chinese counterpart Xi Jinping had confirmed that they would personally attend the group’s summit in Bali in November. If this is the case, the event would mark the first time that Putin, Xi and US President Joe Biden would meet face-to-face since Russia launched its military operation in Ukraine in late February.

However, Britain’s G20 partners and allies should act together “to call Putin’s abhorrent behavior out,” a spokesman for Sunak said. “Sitting round a table with him isn’t good enough when he is responsible for children being killed in their beds as they sleep,” he added. 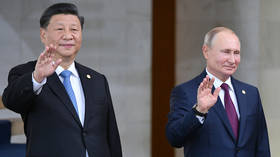 “We need to send a strong message to Putin that he doesn’t have a seat at the table unless and until he stops his illegal war in Ukraine.”

Indonesia has been under considerable pressure to exclude Putin from the summit. However, the country, that holds the rotating presidency, refused to budge, with its foreign ministry saying in March that it would “remain impartial” and invite all members as planned. At the same time, Indonesia has also invited Ukrainian President Vladimir Zelensky, despite his country not being a member of the club of the world’s top economies.

Sunak is one of two contenders left in the race to become Britain’s new prime minister, along with Liz Truss, the current foreign secretary. However, according to a survey by polling firm Opinium Research, Truss has a 22-point lead over Sunak, who served as finance minister in the cabinet of outgoing PM Boris Johnson.

Truss has also embraced a tough stance on Russia. In late July, she said that she was ready to confront Putin at the summit in front of countries like India and Indonesia. “I would go there, and I would call Putin out,” she noted at the time. (RT)