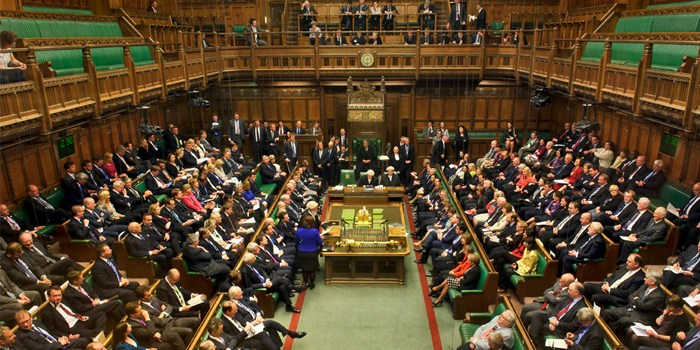 The British Parliament has again voted down Prime Minister Theresa May’s plan for the UK’s departure from the European Union, with 391 voting against and 242 voting for her plan, revised from the last attempt at the start of the year, Sputnik reports.

Speaking after the vote, May said she profoundly regretted the body’s decision, saying, “I continue to believe that by far the best outcome is that the United Kingdom leave the EU in an orderly fashion, with a deal.”

At present, London and Brussels have no agreed upon framework for a relationship after March 29. May has repeatedly warned about the “potential damage to the union” that could be caused by a no-deal Brexit.

The previous day, May concluded discussions with European Commission President Jean-Claude Juncker that attempted to circumvent one of the primary subjects of contention, with the EU promising not to use the question of the so-called “Irish backstop,” or the pledge not to form a hard border between the Republic of Ireland and the UK’s Northern Ireland, as a “trap” to compel London to stay in the customs union contrary to the British public’s vote in June 2016.

Following May’s comments, Labour Party Leader Jeremy Corbyn, who leads the opposition in Parliament, said it was time for a general election.

“The government has been defeated again by an enormous majority and they must now accept their deal is dead,” Corbyn said, noting that Labour was prepared to work with the prime minister on a new Brexit deal.

Because Tuesday’s vote has failed, a vote on a no-deal scenario is expected on Wednesday and if that fails, then a vote on extending the Brexit deadline past March 29 will follow.

Following the vote, the EU ruled out further negotiation for the meantime.

“The EU has done everything it can to help get the Withdrawal Agreement over the line,” Michel Barnier, the EU’s Brexit negotiator, tweeted. “The impasse can only be solved in the UK. Our ‘no-deal’ preparations are now more important than ever before.”

The first time the House of Commons weighed the question of Brexit was on January 15, when it shot down May’s negotiated agreement with Brussels in the heaviest defeat ever suffered by any bill in the legislature — a devastating 230-vote margin. Tuesday’s vote saw only a 149-vote majority, meaning May’s negotiations succeeded at winning converts to her plan.