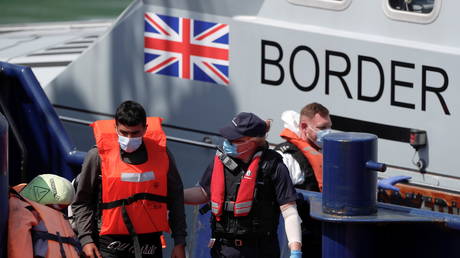 A British MP has said the government needs to send a clear message to those seeking refuge in the UK, encouraging them to apply for asylum in the European Union, rather than travelling through safe countries to reach Britain.

Speaking to Sky News on Wednesday, Home Office minister Victoria Atkins said it was clear that people arriving on British shores to claim asylum had passed up the opportunity to apply for asylum in other safe countries, notably in the EU. (RT)