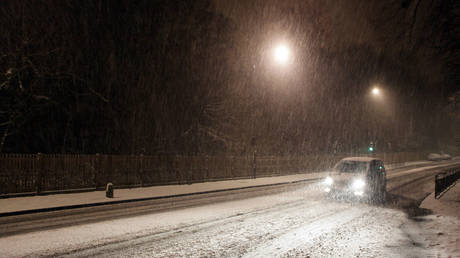 Brits will have to pay twice as much for energy in the coming months, the operator has warned © Getty Images / Richard Newstead

Many British households will struggle to pay energy bills this winter that could be double what they are accustomed to despite a government price cap, the National Grid’s CEO, John Pettigrew, has warned.

In an interview with the Financial Times on Tuesday, he said he was “under no illusions” and that Brits would find the upcoming winter “financially very, very hard.”

“Even with the [taxpayer-funded] price cap this is a doubling-up of what people are used to paying for their energy bills,” Pettigrew said, adding: “Therefore, inevitably there are going to be people who are going to struggle.”

The British government has capped the unit cost of energy until April, meaning that an average household would pay about £2,500 ($2,885) over a year on average. But last winter the equivalent amount was £1,277 ($1,474). Each household will also receive a £400 rebate on utility bills with additional means-tested payments through Social Security benefits. However, that will still be unable to make up the difference given the soaring energy prices.

Pettigrew said the National Grid was working on a number of emergency plans to protect the UK against a shortfall of energy from Europe.

Earlier, the grid operator’s boss warned that the country could face power cuts on “really cold” evenings this winter due to Europe’s continuing energy squeeze. He said that rolling blackouts could happen during “those deepest darkest evenings in January and February,” likely between 4pm to 7pm.

Such measures were “unlikely,” according to Pettigrew, who warned, however, that there were potential scenarios where Britain’s power generators would fail to secure sufficient supplies from Europe.

Normally, during the coldest months and extreme weather events, the UK imports gas and electricity from continental Europe for its gas-fired power plants. However, this year European countries are themselves facing a severe energy crisis exacerbated by anti-Russian sanctions and a sharp decrease in Russian energy supplies.