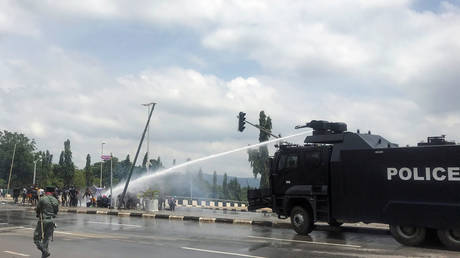 The United Kingdom has acknowledged it provided training and equipment to a now-disbanded Nigerian law enforcement unit whose alleged abuses have sparked large protests in the African nation.

An “End SARS” protest movement began in Nigeria in early October amid accusations of widespread police brutality. The unit has been accused of torture and extrajudicial killings by human rights groups. SARS was disbanded in mid-October but protesters continue to demand law enforcement reforms. (RT)