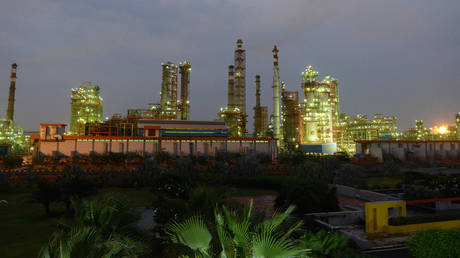 British consumers are indirectly buying Russian oil and petroleum products despite a Western embargo on crude exports from the sanctioned country, OilPrice reported on Monday, suggesting that the bulk of it may come from India.

A ban on Russian seaborne oil exports, along with a price cap of $60 per barrel, was introduced by the EU, G7 nations and Australia on December 5. Another embargo banning almost all imports of Russian oil products kicks in on February 5.

The UK, which has been among the most vocal advocates of abandoning Russian energy imports, has claimed to be one of the most successful countries in achieving this target. London committed to phasing out Russian oil by the end of 2022, slashing down imports to £2 million ($2.45 million) in October.

However, diesel accounted for 18% of its total demand last year, according to OilPrice, and a number of UK consumers may have replaced direct Russian imports with supplies from Russian-fed refineries. 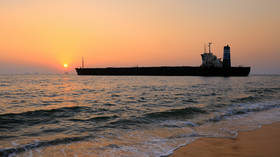 The outlet suggests that the UK has been using India as a “back door,” given a sharp increase in the country’s imports of Russian oil, which hit a record high of 1.2 million barrels per day in December. Prior to last year, India’s imports of Russian crude were insignificant, due to high freight costs.

However, the volumes that New Delhi is now buying and re-exporting suggest that some of the refined crude from the sanctions-hit country may ultimately be pumped in UK filling stations.

High diesel prices in Europe and steep discounts on Russian crude offer “a window of opportunity” for Indian refiners, the outlet said.

According to tracking data from Kpler, in 2022 the Jamnagar refinery on India’s west coast boosted, by a factor of four, its imports of oil and fuel oil from Russia compared to 2021. Meanwhile, the UK has purchased a total of 10 million barrels of diesel and other refined products from Jamnagar since the beginning of 2022.

Gusman: Attack on Azerbaijani embassy in Iran can neither be explained nor justified