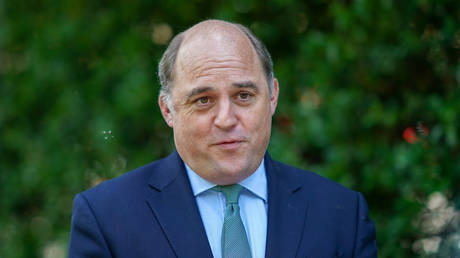 A Ukrainian lawmaker says he discussed the “destruction” of the Crimean Bridge with UK Defence Secretary Ben Wallace in June. Aleksey Goncharenko was responding to a claim on Russian television that Wallace was personally in charge of developing a plan to strike the strategically important crossing.

The remark, which Goncharenko made on social media last week, included a photo of himself with Wallace and British Prime Minister Boris Johnson during a NATO gathering.

The allegation arose during a TV appearance by Russian military expert and journalist Igor Konashenko, who said that “according to some information”, the British defence minister was in charge of developing plans to attack the bridge, which connects Crimea with mainland Russia across the Kerch Strait.

The bridge was built by Russia after Crimea broke away from Ukraine and voted to rejoin Russia in 2014 to ensure that there were railway and road links with the region. (RT)