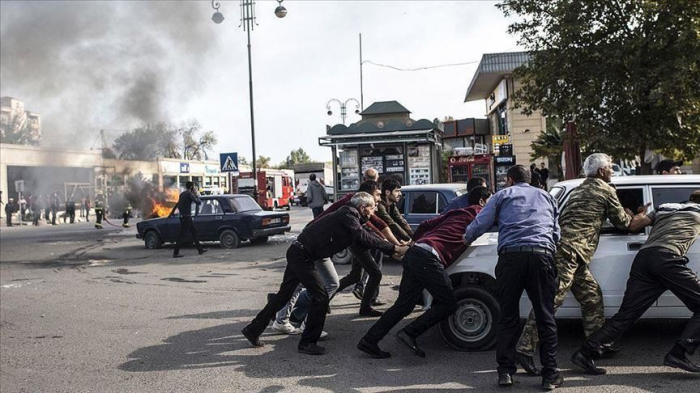 The United Kingdom strongly condemns the continued shelling of civilian areas within Nagorno Karabakh conflict, Head of the United Kingdom’s Delegation to the Organization for Security and Co-operation in Europe (OSCE) Neil Bush said, according to the press office of UK government.

Bush said the UK welcomed the most recent humanitarian ceasefire and is once again deeply disappointed to see that it is not being respected.

“We strongly condemn the continued shelling of civilian areas. Continued reports of civilian casualties are a stark reminder of the impact that this conflict is having on innocent civilians. Our position is clear; targeting of civilian settlements is deplorable. We offer our condolences to those who have lost loved ones,” he said.

Bush urged to allow the ICRC immediate access as they seek to facilitate the return of prisoners of war and repatriate the remains of the deceased.

He also reiterated the UK’s support for the OSCE Minsk Group Co-Chairs in their role in mediating negotiations between Armenia and Azerbaijan.

Martyr of the Azerbaijani Armed Forces Orkhan Vidadi Balayev was consigned. According to Report’s northern…

According to the National Hydrometeorology Department of the Ministry of Ecology and Natural Resources, on…

Ahead of the transfer of Lachin district to Azerbaijan, the Armenians continue committing barbaric acts…

Coronavirus cases globally surpassed the grim milestone of 63 million, according to a tracking portal.…

After fraternal Azerbaijan returned to the Nagorno-Karabakh region, having gained a decisive military victory, an…