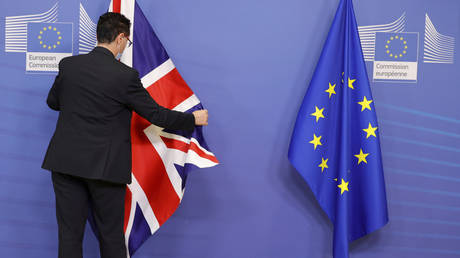 The UK and the EU intend to coordinate their efforts and do “everything possible” to make the Russian delegation feel unwelcome at the upcoming G20 summit in Indonesia’s Bali, a British media outlet has claimed. The Telegraph pointed out, however, that China, and possibly several other key players, is highly unlikely to follow suit.

“We try to work with partners in order to show very, very, very firmly what the international community thinks about all these crimes, atrocities, and illegal actions by Russia,” a spokesperson for the EU’s foreign affairs service told the paper.

The spokesperson explained that the bloc, together with the UK, will not only shun Russian Foreign Minister Sergey Lavrov and stage walkouts during addresses by Moscow’s delegation, but also try to convince other nations to do the same.

According to the anonymous official, while the “UK is not keen on coordinating with the EU on foreign policy in general,” the concerted efforts to isolate Russia have proven to be an exception, as London and Brussels “have the same objective.” 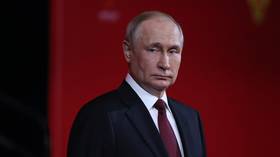 The report also quoted a French government source as saying that the meeting in Bali will not be “business as usual” and will center on the Ukraine conflict.

“There will be a coalition and Russia is isolated,” the official concluded.

The article noted, however, that the total isolation of Russia at the event is unlikely, as the country enjoys close relations with China. One unnamed EU official told the paper that Moscow and Beijing are expected to water down any joint statement calling for de-escalation in Ukraine.

The report also suggested that the likes of India, Saudi Arabia and Türkiye, which have not joined Western sanctions against Moscow, could break ranks with the EU and UK this time as well.

Relations between Moscow and the West have hit an all-time low in the wake of the Russian military operation in Ukraine. However, Moscow has insisted that any attempts to isolate the country will fail. The key organizations that Russia is part of, such as BRICS, are also expanding.

In fact, South African President Cyril Ramaphosa revealed following a meeting with Saudi Crown Prince Mohammed bin Salman last month that Riyadh would like to join BRICS, which currently comprises Brazil, Russia, India, China, and South Africa. On top of that, media reports claimed back in July that Türkiye and Egypt might also be interested. Since the start of the year three countries – Iran, Argentina, and Algeria – have officially applied to join BRICS. (RT)