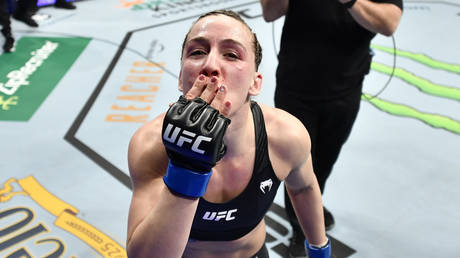 UFC star Vanessa Demopoulos has shed light on her background in exotic dancing and detailed her reasons for quitting the trade prior to her first victory with the elite MMA promotion.

Featuring on the same card as heavyweight champion Francis Ngannou and Cyril Gane at UFC 270 in Anaheim last weekend, ‘Lil Monster’ pulled off an impressive first-round submission win against Silvana Gomez Juarez to improve her record to 7-4.

Raising more eyebrows than the triumph itself, however, was Demopoulos forcing herself into Joe Rogan’s arms and then admissions post-fight to quitting her job in exotic dancing so that she can focus on her MMA career full-time.

In an interview with MMA Fighting this week, Demopoulos further explained the motives for leaving the nighttime profession behind.