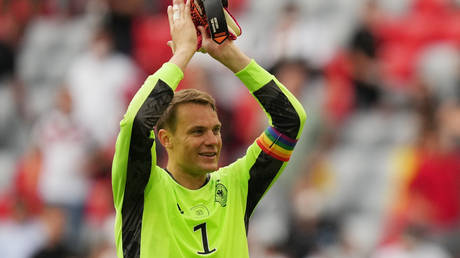 Germany are reportedly being investigated by UEFA for Neuer's rainbow armband. © Reuters

UEFA has reportedly stopped a review into a rainbow-colored ‘Pride’ armband worn by Germany goalkeeper Manuel Neuer, after a furious response following suggestions that the German football association could be sanctioned.

Despite June being designated as ‘Pride month’, reports emerged on Sunday that UEFA could purportedly prevent Neuer from continuing to wear the rainbow armband throughout Euro 2020 this summer – despite the organization declaring an opposition to homophobia as a key part of their message.

According to reports in Germany, the national football association, the DFB, could have been levied with a fine by UEFA for disregarding guidelines on what it determines as political gestures.

However, those concerns appear to have been allayed after the DFB tweeted that UEFA had “stopped” a review into the armband.

UEFA have today shared with the DFB that they have stopped the review of the rainbow captain’s armband worn by @Manuel_Neuer.In a letter, the armband has been assessed as a team symbol for diversity and thus for a ‘good cause.’ #EURO2020#GERpic.twitter.com/HFiAAQ6F5D

“UEFA have today shared with the DFB that they have stopped the review of the rainbow captain’s armband worn by @Manuel_Neuer,” read a tweet.

“In a letter, the armband has been assessed as a team symbol for diversity and thus for a ‘good cause.'”

Although UEFA is yet to comment officially, the tweet from the DFB would suggest that an investigation of some sort had been underway.

A firestorm surrounding Neuer’s adoption of the ‘Pride’ armband was ignited online after a tweet by a lawmaker associated with the far-right Alternative for Germany party which was fiercely critical of the German national team being used as a method of endorsement for LGBT+ issues. 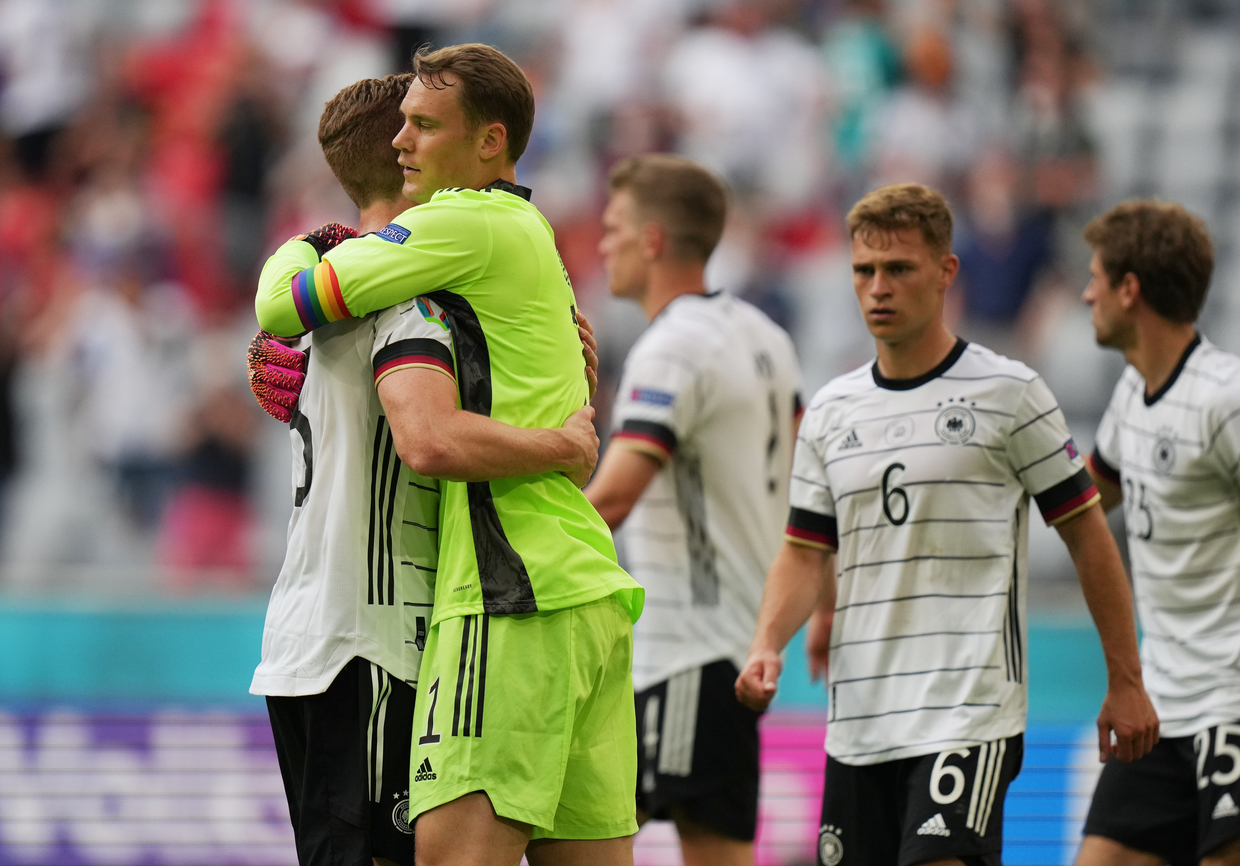 Uwe Junge, formerly leader of the Alternative for Germany Rhineland Palatinate parliamentary group, described Neuer’s armband as a “f*ggot’s armband”, before also making clear his opposition to a proposal to light up Bayern Munich’s Allianz Arena in Pride-themed colors ahead Germany’s game with Hungary on Wednesday.

“Now all that’s missing is ‘taking the knee,’ and you’re going to lose more and more fans. You must be able to afford it.”

Junge later apologized for the homophobic slur in his since-deleted Tweet.

The initial criticism and subsequent reports of a UEFA investigation into Neuer’s armband was met with scorn by LGBT campaigners.

“This is unacceptable,” said Christian Rudolph of the Lesbian and Gay Association in Germany, according to Deutsche Welle.

“It is a fatal sign. We are currently in Pride Month and at the most important sporting event of the month the wearing of a rainbow captain’s armband is to be prevented?

“UEFA must also think about who it represents. How should the athletes think about it now?

“We are striving for open football. And we also want to send a signal this month to all the athletes from the LGBTI community,” he added.

“It was important to us that Neuer can play the entire month with the rainbow captain’s armband. These are now also the values that the DFB represents.”