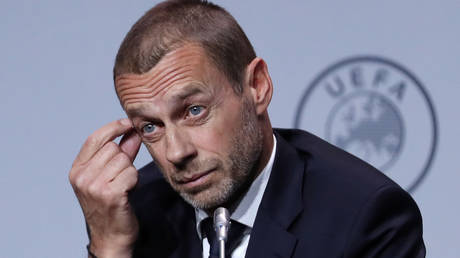 UEFA boss Aleksander Ceferin has come out all guns blazing against controversial plans for a breakaway European Super League, reiterating that participating players would be banned from the European Championships and World Cup.

The news broke on Sunday night that 12 teams – including six from England, three from Spain, and three from Italy – had already signed up for the proposed new tournament which would be a clean break from the existing UEFA Champions League.

Speaking on Monday, furious UEFA boss Ceferin described the much-maligned plans as a cynical, money-grabbing ploy from the owners and top brass at some of Europe’s biggest clubs, including the likes of Manchester United, Liverpool, Real Madrid, Barcelona and Juventus.

“I cannot stress more strongly how UEFA and the football world stand together against this disgraceful, self-serving project from a select few clubs in Europe, fueled by greed above all else,” Ceferin said.

“This idea is a spit in the face of all football lovers and our society as well. We must not let them take it [football] away from us.”

He added: “The players who will play in teams that might play in the closed league will be banned from playing in World Cup and Euros… They could not represent national team in any matches.” 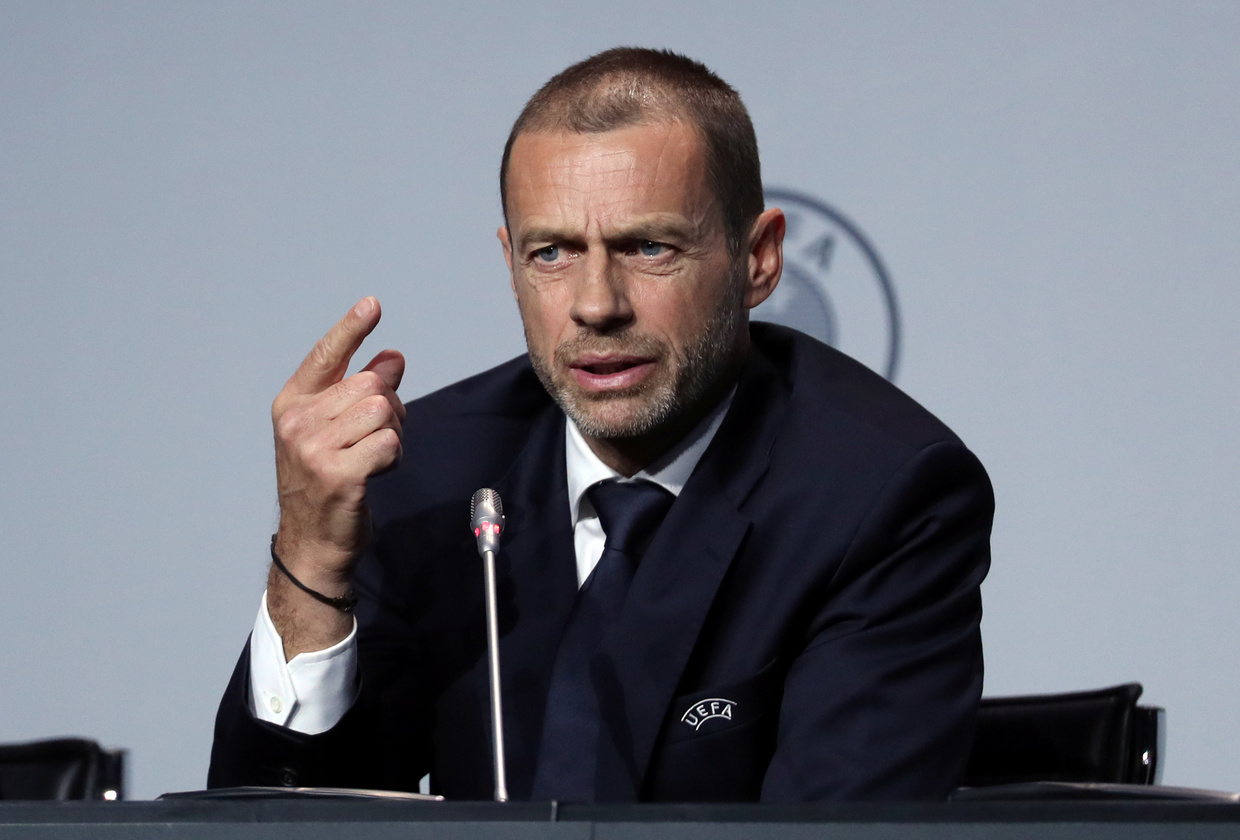 Ceferin ripped into the plans on Monday. © Reuters

UEFA was already planning reforms, due to be announced on Monday, to expand the Champions League format in a supposed bid to keep members of the European elite happy and boost revenues.

Instead, the UEFA boss now feels betrayed by the likes of Juventus chairman Andrea Agnelli, whom he reportedly labeled a “snake.”

Agnelli has resigned from the UEFA executive committee and as chairman of the European Club Association (ECA), after supposedly cooking up the European Super League (ESL) plans behind Ceferin’s back. That has led to the Italian being accused of ‘knifing’ the UEFA boss in the back – despite Ceferin reportedly being godfather to one of the Italian businessman’s children.

Elsewhere, Ceferin reserved the same ire for Manchester United vice-chairman Ed Woodward, who has likewise resigned from his role with UEFA.

The Old Trafford club have quit the ECA, along with the other 11 ‘founding clubs’ of the Super League.

UEFA president Ceferin lays into Ed Woodward + Agnelli: “If I start with Ed Woodward, he called me last Thu evening saying he’s very satisfied with and fully supports the reforms + the only thing he want to talk about was FFP, when obviously he had already signed something else.

“Andrea Agnelli is the biggest disappointment of all, I’ve never seen a person that would lie so many times, so persistently as he did. It’s unbelievable.”

“We didn’t know we had snakes so close to us, now we know.”

“UEFA distributes 90% of revenue back to the game – into the Children’s Foundation, the women’s game and the youth. The Super League is only about money for the dozen. UEFA is about football. Unity doesn’t exist, only their pockets,” Ceferin fumed.

The UEFA chief thanked the likes of UK Prime Minister Boris Johnson and French President Emmanuel Macron – both of whom have spoken out against the plans.

In joint statements on Sunday, the 12 rebel clubs confirmed their plans for the breakaway league, which is planned to feature 15 teams with permanent places in the competition, and spaces for five more clubs which would join on merit on an as-yet unclear basis.

Teams would be divided into two leagues of 10, with the top three in each progressing the quarter-finals and the fourth-placed teams in each league meeting in a playoff.

Matches would be played midweek, with the teams hopeful of remaining in their domestic leagues, despite the threat from the likes of the English Premier League that any clubs involved in the ESL could be kicked out.

Defending the move, the 12 ESL clubs have claimed that it would lead to more money being distributed to European football through ‘solidarity payments’, while allowing bigger clubs to maximize revenues with their global audiences.

Those claims, however, have met fierce resistance from fan groups.

A number of clubs have declined to participate, including German giants Bayern Munich and Borussia Dortmund, and French champions Paris Saint-Germain.

It was confirmed on Monday that US investment bank JP Morgan Chase would finance the new league, reportedly to the tune of $6 billion just to set up the venture.