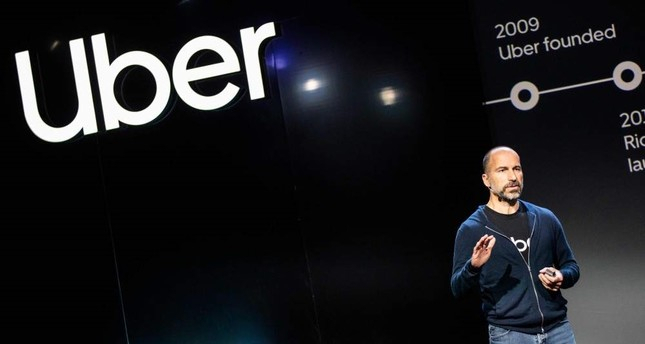 Khosrowshahi made the remarks to Axios in an interview on U.S. cable channel HBO, saying: “I think that the (Saudi) government said that they made a mistake.”

His remarks on Khashoggi’s murder came after being asked about Yasir Al-Rumayyan, the director of Saudi Arabia’s Public Investment Fund, who is a member of the company’s board of directors. The sovereign wealth fund is Uber’s fifth-largest investor.

“Listen, it’s a serious mistake. We’ve made mistakes too,” said Khosrowshahi and compared the gruesome killing of Khashoggi to the company’s fatal driverless car accident in March 2018. A self-driving Uber test vehicle struck and killed a female pedestrian in the accident in Tempe, Arizona.

Read more:   Next meeting of Azerbaijani Parliament to be held on May 5

“We stopped driving, and we’re recovering from that mistake. So I think that people make mistakes, and it doesn’t mean that they can never be forgiven. I think they’ve taken it seriously,” he said.

Axios said Khosrowshahi later called to express his regret for the remarks to describe the journalist’s death and sent a statement.

“I said something in the moment that I do not believe. When it comes to Jamal Khashoggi, his murder was reprehensible and should not be forgotten or excused,” said the statement reported by the news website.

A Saudi hit squad killed and dismembered Khashoggi in the Saudi Arabian consulate in Istanbul, Turkey, on Oct. 2, 2018. His body was never recovered. In a report in May, U.N. Special Rapporteur Agnes Callamard concluded it was a “deliberate, premeditated execution” and called for Saudi Crown Prince Mohammad bin Salman to be investigated. Saudi officials described a rogue operation that did not involve the prince.

Appeals made to international organizations regarding Armenian provocation

“On one hand, Armenia appeals to the international community asking for help to strengthen the…

On 13 July 2020, the Foreign Minister of the Republic of Azerbaijan Elmar Mammadyarov held…

Ambassador: While the territory of Azerbaijan is under occupation, such incidents are inevitable

“The Azerbaijani people will never accept the loss of their territories. As long as the…

All attacks are committed by Armenia – President Aliyev

“The internal situation in Armenia has already reached a crisis point. Internal turmoil has expanded,”…