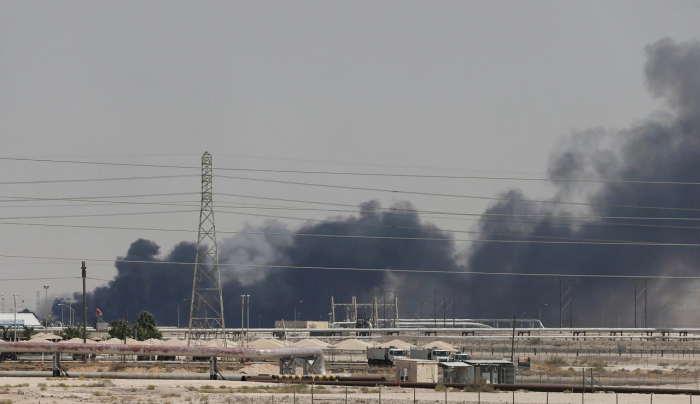 Attacks on oil plants in Saudi Arabia are a dangerous escalation and the international community should stand by Riyadh and ensure regional stability, a senior United Arab Emirates official said on Tuesday.

Saudi Arabia said initial findings indicated Saturday’s attacks that cut half the kingdom’s oil output were carried out with Iranian weapons. Riyadh said it was capable of responding forcefully and urged U.N. experts to help investigate the raid.

“Justifying the unprecedented terrorist attack on Aramco facilities on the basis of developments on the Yemen war is completely unacceptable,” Minister of State for Foreign Affairs Anwar Gargash said in a tweet, responding to Iranian comments that the strikes were carried out by Yemenis in response to the war.

Yemen’s Iran-aligned Houthi group claimed the attacks and Iranian President Hassan Rouhani said the strikes were carried out by “Yemeni people” retaliating for attacks by a Saudi-led military coalition in the more than four-year war with the Houthis.

U.S. President Donald Trump has said it looked like Iran was behind the attacks. Iran rejects this.

The Saudi-led coalition fighting in Yemen, which includes the UAE, said preliminary findings showed the attack did not come from Yemen and that authorities were investigating where it did originate from.

09:39 President allocates funds for construction of new school in Terter

09:26 Police suspended after 75-year-old shoved to the ground during protests in New York

04:39 Liberal magazine Slate declares violence is ‘important’ for protests, does NOT get censored by Twitter

01:39 Facebook selectively slaps ‘state-controlled media’ warning on some government-funded outlets ahead of 2020 US elections