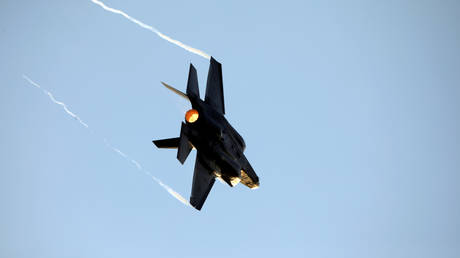 The UAE and the US may come to an initial agreement on F-35 fighter jet purchase by early December, as Washington is studying options by which it can circumvent Israel’s firm opposition to such a sale.

The apparent progress on the talks about procurement of the 5th-generation jet was reported by Reuters on Tuesday. Sources close to the negotiations said the two sides are planning to have a letter of agreement in place before UAE National Day, on December 2.

Israel’s staunch opposition to the UAE’s procurement of the planes remains the main obstacle for the deal, while the US’ own laws make it even trickier. Washington’s foreign policy includes the so-called qualitative military edge restriction. The latter restricts sales of advanced military equipment to potential adversaries of Israel, allowing that nation to fend off multiple foes at once through technological superiority.

The US administration, however, is reportedly exploring what options it has to push the sale through without angering its long-term Middle East ally. Those include ways to make the F-35 more visible to Israeli radar systems, two sources told Reuters.

It’s not immediately clear how this can be achieved, however, as low observability – that is, stealth – is its primary selling point. Making the aircraft more visible would require either constructing a special, less stealthy version specifically for the UAE or somehow upgrading the already advanced Israeli radar systems. (RT)