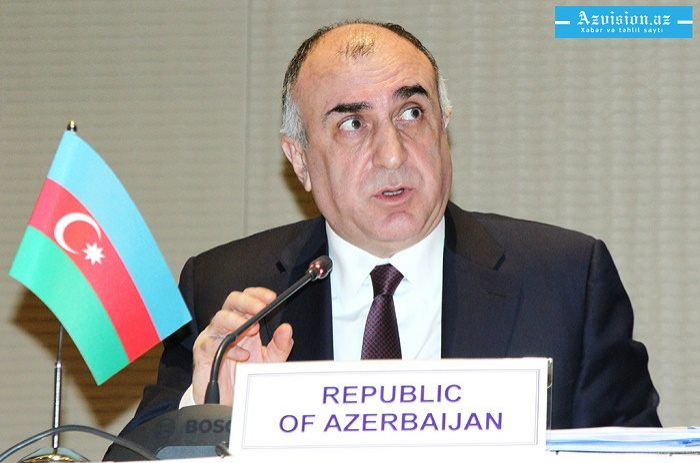 The United States has proposed holding the next meeting between the Azerbaijani and Armenian foreign ministers in Washington as part of the negotiation process on the settlement of the Nagorno-Karabakh conflict, said Azerbaijani Foreign Minister Elmar Mammadyarov.

Mammadyarov made the remarks at a joint briefing with his Polish counterpart Jacek Czaputowicz in Warsaw.

“The last meeting of the Azerbaijani and Armenian foreign ministers were held in Moscow on the initiative of Russian Foreign Minister Sergey Lavrov. With a double or triple increase in efforts together with Russia, one can hope for progress in the settlement of the Nagorno-Karabakh conflict,” Mammadyarov said.

“Yesterday we received an invitation from the U.S. to visit Washington. The U.S. Secretary of State will make every effort to achieve a breakthrough on the conflict resolution,” he added.

Read more:   Azerbaijan to blacklist former US ambassador to Armenia

The last meeting between Azerbaijani Foreign Minister Elmar Mammadyarov and his Armenian counterpart Zohrab Mnatsakanyan took place in Moscow on April 15 with the participation of Russian Foreign Minister Sergey Lavrov and the OSCE Minsk Group co-chairs. In a joint statement, the sides said they discussed the key aspects of the Nagorno-Karabakh conflict settlement.

Journalists targeted in attacks as US protests rage

On Friday evening, viewers watched as CNN correspondent Omar Jimenez and his crew were arrested…

In a statement that will surprise absolutely nobody, former National Security Adviser Susan Rice has…

A Belgian prince has contracted coronavirus after attending a party during lockdown in Spain, the…