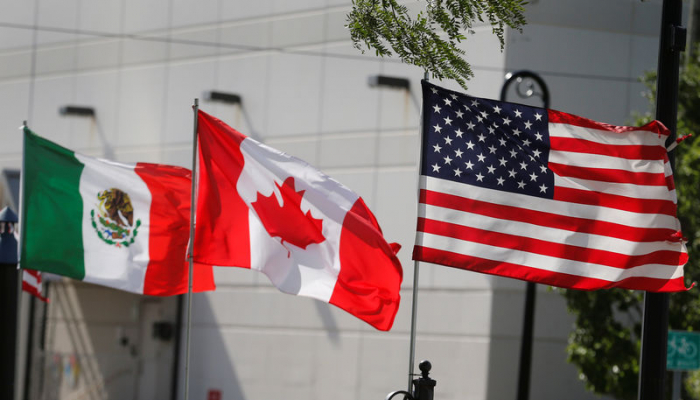 The United States struck deals on Friday to lift tariffs on steel and aluminum imports from Canada and Mexico, the three governments said, removing a major obstacle to legislative approval of a new North American trade pact, according to Reuters.

The separate agreements, which will not impose U.S. quotas on Canadian and Mexican metals shipments, will also eliminate Mexican and Canadian retaliatory tariffs on a broad range of U.S. products, including pork, beef and bourbon.

The United States and Canada said their agreement will be implemented by Sunday afternoon, and includes new curbs aimed at preventing dumped steel and aluminum from China and other countries from entering the U.S. market via Canada.

President Donald Trump had imposed the global “Section 232” tariffs of 25% on steel and 10% on aluminum in March 2018 on national security grounds, invoking a 1962 Cold War-era trade law.

Both Canada and Mexico argued for 14 months that their metals industries posed no security threat as their economies are integrated with the United States, and challenged the tariffs before the World Trade Organization.

Stelco shares soared 11 percent on the news, while top U.S. steelmaker Nucor fell 3.1 percent and U.S. Steel Corp, which had seen massive profit improvement because of the tariffs, fell 1.2 percent.

Spokesmen for U.S. Steel and Nucor, which had advocated for maintaining strong tariff protections, could not be reached for comment.