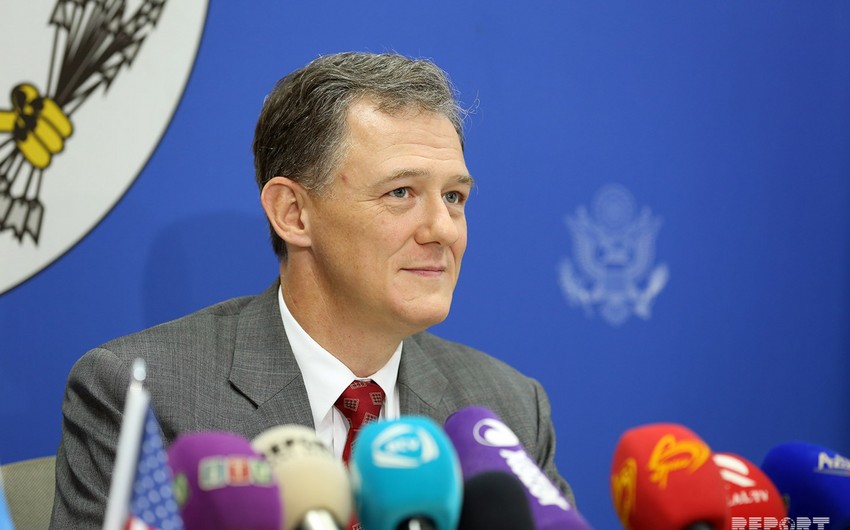 “Russia might have a plan to preserve the Nagorno-Karabakh conflict, rather than resolve it,” U.S. Deputy Assistant Secretary of State for European and Eurasian Affairs George Kent said at a webinar organized by the Turkish Heritage NGO, Report informs, citing TASS.

“I expect the Azerbaijani authorities to grow dissatisfied with the fact that Russian peacekeepers seem to stay in Nagorno-Karabakh for a long time,” Kent said.

He accused Russia of prolonging the conflict. According to him, the Deputy Minister of Foreign Affairs of Georgia said in November: “This situation is similar to that one we faced in 1998. After this, Azerbaijan will be in the same situation as we had in 2008. Then it will be in the situation we are in now. This is a very pessimistic, but realistic assessment of how Russia is manipulating the conflict. Russia prevents Azerbaijan and Armenia from moving forward in the settlement of the conflict for its benefit.”

Kent stressed that the United States welcomes the cessation of hostilities between Azerbaijan and Armenia over Nagorno-Karabakh.