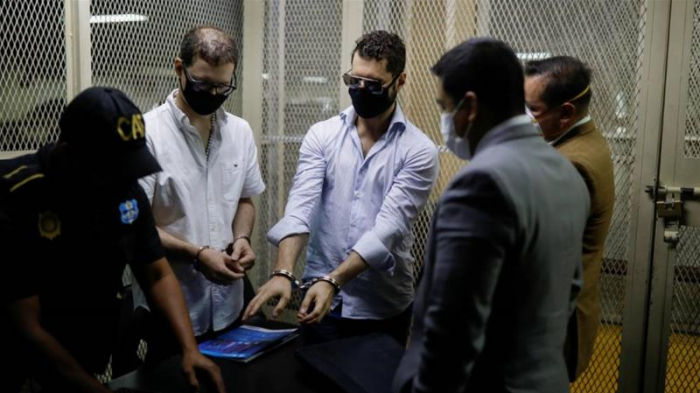 U.S. prosecutors have charged two sons of former Panamanian President Ricardo Martinelli in connection with bribery and money laundering linked to Brazilian construction firm Odebrecht, according to a federal complaint unsealed on Monday.

Luis Enrique Martinelli, 38, and Ricardo Alberto Martinelli, 40, were arrested earlier in the day in Guatemala City as they attempted to board a flight to Panama, and face extradition to the United States, Guatemala’s police said in a statement.

A Martinelli family spokesman did not immediately reply to a request for comment on the charges.

But the family said in a statement following the arrest that it was working to ensure the sons have legal assistance in Guatemala and are able to transfer the proceedings to Panama.

Odebrecht has been at the center of a far-reaching Latin American corruption scandal uncovered in 2014, in which the company paid more than $700 million in bribes to government officials in various countries.

The U.S. Department of Justice said in a statement the Martinelli sons are accused of having been intermediaries for the payment of about $28 million in bribes from Odebrecht to a high-ranking Panama official between 2009 and 2014, the period in which their father was in office.

The criminal complaint filed in the federal court in Brooklyn, New York, on June 27, described the brothers as “close relatives” of the official, without providing further detail.

The complaint also alleges that the pair managed secret bank accounts under shell company names to facilitate payment of the bribes, with many transactions made through U.S. banks.

Former President Martinelli and his successor, Juan Carlos Varela, were last week banned from leaving Panama while under investigation for money laundering in separate corruption cases.