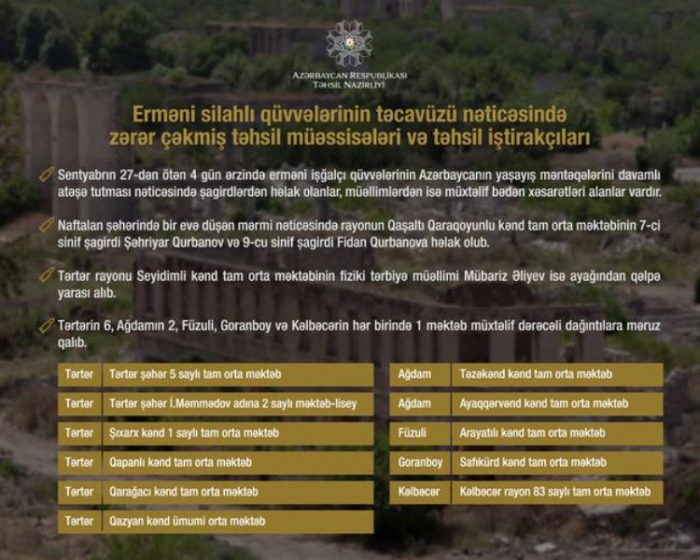 There are deaths among students and some teachers were injured as a result of continuous shelling of the settlements of Azerbaijan by the Armenian armed forces for four days since September 27.

A 7th-grade student of the Gashalti Garagoyunlu village secondary school Shakhriyar Gurbanov and a 9th grade student of the same school Fidan Gurbanova were killed as an Armenian shell hit a house in Naftalan city, according to the Ministry of Education.

Six schools in Terter region, 2 schools in Aghdam region, 1 school each in Fuzuli, Goranboy, and Kalbajar regions were damaged.