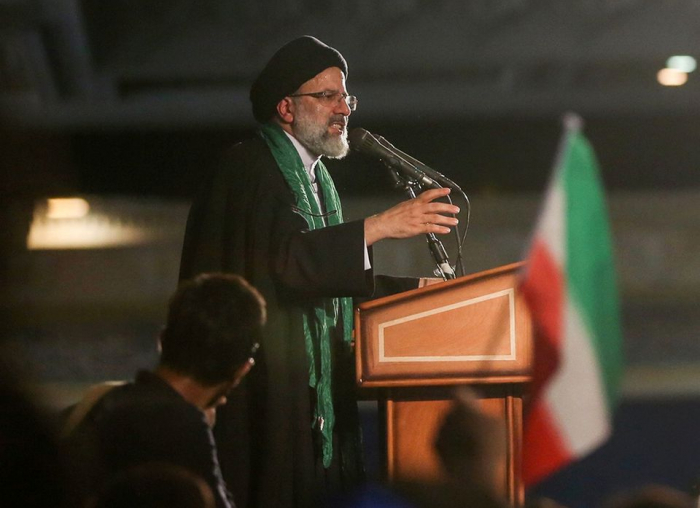 The June 18 election to succeed President Hassan Rouhani is seen as a test of the country’s clerical rulers.

Raisi is a 60-year-old mid-ranking cleric in Iran’s Shi’ite Muslim establishment. Appointed by Supreme Leader Ayatollah Ali Khamenei as head of the judiciary in March 2019, he has emerged as one of the country’s most powerful figures and a contender to succeed Khamenei.

Larijani, a former nuclear negotiator and an advisor to Khamenei, is hoping to secure backing from both moderates and hardliners and bridge the gap between them.

“I have come as an independent to the stage to make changes in the executive management of the country and to fight poverty, corruption, humiliation and discrimination,” Raisi was quoted as saying in a statement by local media before registering.

Read more:   Florentino Perez: "We've made the European Super League to save football"

“I have come to form a strong people’s government for a strong Iran” with the help of “the brave youth,” Raisi said, apparently alluding to recent comments by Khamenei who said he expected a “capable and energetic government” to come to power.

The judiciary chief lost to Rouhani in the 2017 presidential election. Rouhani is barred by term limits from running again.

Reformists and rights activists say they are alarmed by Raisi’s background as a hardline judge, especially during the 1980s when he was one of four judges who imposed death penalties on thousands of political prisoners.

Candidates began signing up for the election on Tuesday, and the clerical rulers are hoping for a high turnout. But voter interest may be hit by rising discontent over an economy that has been crippled by U.S. sanctions reimposed after Washington exited a nuclear deal between Iran and major powers three years ago.

Raisi said his government “will not lose one moment to lift the oppressive sanctions”.

Registration of candidates ends on Saturday, after which entrants will be screened for their political and Islamic qualifications by the 12-member Guardian Council vetting body. Six of the members of the hardline body are appointed by Khamenei.