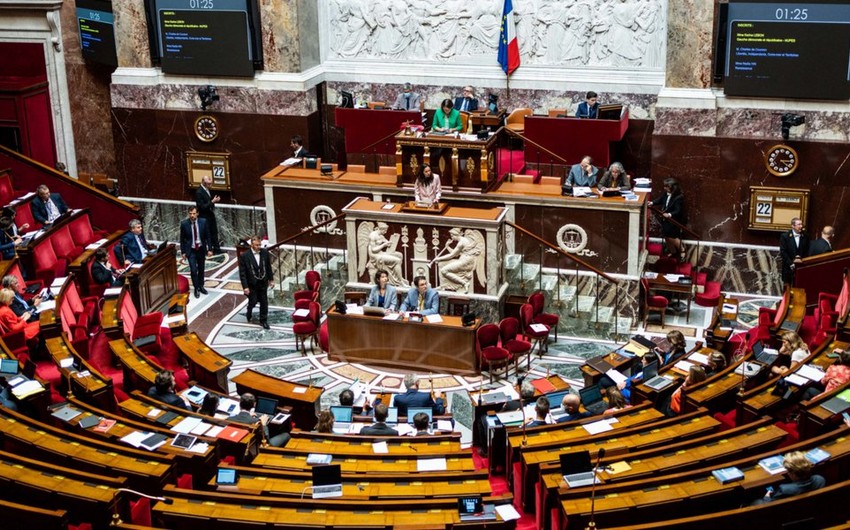 With the adoption of the anti-Azerbaijan resolution by the National Assembly on November 30, France has finally demonstrated its true face and stripped itself of any vote in the process of normalization of the Armenian-Azerbaijani relations.

According to Report, under the pressure of the Armenian lobby, first, on November 15 of this year, the Senate of France adopted a biased resoluton targeting Azerbaijan and yesterday the National Assembly took the same unwise step.

The Foreign Ministry of Azerbaijan strongly rejected the resolution as yet another provocation of France against Azerbaijan.

“The mentioned resolution aims at undermining the process of normalization of relations between Azerbaijan and Armenia, as well as efforts to establish peace and tranquility in the region. This resolution, being contrary to the norms and principles of international law, once again clearly demonstrates France’s biased political position, accordingly its inability to act as an impartial and fair mediator,” the Foreign Ministry of Azerbaijan said.

Read more:   Participants in Caucasian Eagle drills must be vaccinated

And while the French Foreign Ministry spokesperson told reporters that the resolution of the French Parliament calling for imposition of sanctions against Azerbaijan does not reflect the official line of Paris, numerous anti-Azerbaijani speeches of the same President Macron prove the opposite.

France is so deeply mired in its anti-Azerbaijani propaganda that it tried to attack Azerbaijan even through the humanitarian Summit of La Francophonie. Armenia undoubtedly benefits from this attitude. Throughout history, they have become so accustomed to hiding behind someone’s back that recently, Armenian Prime Minister Nikol Pashinyan put forward a condition for a meeting with Azerbaijani President Ilham Aliyev in Brussels only with the participation of French President Emmanuel Macron. As expected, the meeting was cancelled.

The situation is further complicated by the fact that the resolution of the Assembly was adopted unanimously and no one voted against it. And on November 15, only one out of 296 voting senators – Nathalie Goulet spoke against the adoption of the document. It was she who announced the strong influence of the Armenian lobby in France, thereby explaining the odious position of the country’s parliament.

Can a country that clearly takes the side of one country and at the same time “makes its contribution” to the normalization of relations between them, claim objectivity? Could this country, which for 30 years positioned itself as a supporter of the peaceful resolution of the Armenian-Azerbaijani conflict and even co-chaired the late OSCE Minsk Group, be sincere in its efforts?

The answer is obvious. By its actions, France did not only show its inability to assist the normalization of relations between Azerbaijan and Armenia and establishment of peace in the South Caucasus in any way, but has generally shattered the relations with Azerbaijan built for so many years.

Following the official welcome ceremony, the President of the Republic of Azerbaijan Ilham Aliyev and…

President Aliyev: ‘A generation has grown up in Azerbaijan that is loyal to the national ideology’

A generation has grown up in Azerbaijan that is loyal to the national ideology, President…