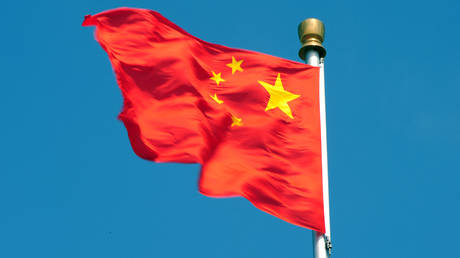 Latvia and Estonia have quit a cooperation group with Beijing The Chinese flag flutters in Tiananmen Square. © AFP / Mark Ralston

Latvia and Estonia have followed in the footsteps of fellow Baltic nation Lithuania and announced their withdrawal from a cooperation group between China and countries in eastern and central Europe.

Known as the 16+1 format the group has been around since 2012 and promised to promote joint infrastructure and development projects between Beijing and a number of European states.

Lithuania left the group last year as its relations with China worsened after Vilnius allowed Taiwan to open a de facto embassy on its territory. Beijing, which views the self-governed island as part of China, retaliated by withdrawing its ambassador from Lithuania and slapping trade restrictions on the country.

Now, Latvia and Estonia have announced that they are also ending cooperation with Beijing by issuing almost identically-worded statements. (RT)