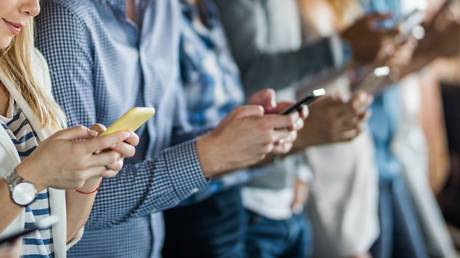 According to slides from a company talk he posted online, new signups averaged over two million per day in the seven days to November 16, up 66% compared to the same week last year.

“I think I see a path to Twitter exceeding a billion monthly users in 12 to 18 months,” Musk said in another tweet early on Sunday.

Twitter has been struggling with what Musk called a “massive drop in revenue” in recent weeks, ever since the billionaire Tesla and SpaceX owner took charge of the platform. He blamed this on the loss of advertisers, who have halted their Twitter campaigns following Musk’s changes to the platform.

Read more:   Both Britain & EU say post-Brexit agreement is a great deal! Now Scotland, Ireland and Wales want in on the action

Earlier this month, Musk laid off half of Twitter’s workforce, including the teams responsible for communications, content curation, and human rights and AI ethics. This, along with Musk’s earlier decision to charge users for Twitter’s verification feature, sparked concerns over the platform’s content moderation and the sp

A report published last week by the nonprofit watchdog organization Media Matters for America claims that since the end of October Twitter has lost half of its top 100 advertisers. The now-departed accounts brought the platform over $750 million in 2022 alone. These include companies such as General Motors, Mondelez International, Volkswagen, Chevrolet, Ford and Jeep.

Earlier this week, Musk announced further changes to the platform, the first one of which was a new verification system for paid subscribers. Instead of a blue checkmark for all verified users, a gold check will be used for corporate accounts and a grey one for government accounts.