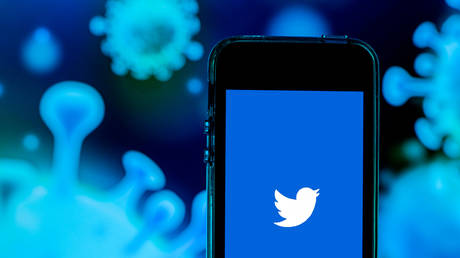 FILE PHOTO. Twitter app seen displayed on a smartphone with computer model of the COVID-19 coronavirus in the background. © Getty Images / SOPA Images

Elon Musk’s platform will no longer punish users for “misinformation” about the disease FILE PHOTO. Twitter app seen displayed on a smartphone with computer model of the COVID-19 coronavirus in the background. © Getty Images / SOPA Images

Twitter has said it will no longer enforce its coronavirus misinformation policy, according to an update on the platform’s Covid-19 transparency page that went largely unnoticed since it was posted last week. The move came as its new owner Elon Musk announced a “general amnesty” for previously suspended accounts.

The misinformation policy was initially developed in 2020 amid the outbreak of Covid-19 and was meant to combat “harmful” misleading posts about the coronavirus, government policies aimed at curbing its spread, and related vaccines.

Users who violated the rule received strikes. After two or three strikes, their accounts were suspended for 12 hours. After four, they would be locked out for a week, while offenders with more than five strikes were permanently banned from the platform.

According to statistics published by Twitter itself, between January 2020 and September 2022, the platform’s moderators challenged over 11.72 million accounts and suspended more than 11,000 for violating the rule. They also scrubbed nearly 100,000 pieces of content worldwide under the policy.

The extensive moderation policy became a topic of heated debate. Some called for more censorship of posts deemed to be harmful, while others argued this constituted suppression of free speech. 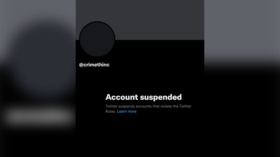 Since Musk acquired Twitter for $44 billion last month, he has made a number of dramatic changes at the company, including laying off nearly two-thirds of its staff and significantly cutting the site’s moderation and management teams.

Ahead of Thanksgiving, the billionaire also vowed to extend a “general amnesty” to an unspecified number of suspended accounts after holding a Twitter poll, in which more than 72.4% out of 3.1 million respondents supported the move.

Critics have argued that the social networking service could soon become a hotbed for misinformation, right-wing extremism and hate speech. Musk, however, has insisted that he wants Twitter to become a level playing field and a bastion of free speech where people can peacefully exchange their views on a wide range of topics. (RT)