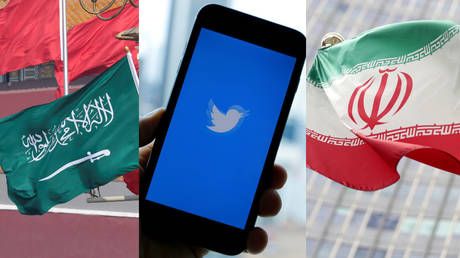 Twitter has permanently banned nearly three hundred accounts based in Egypt and the United Arab Emirates, citing “platform manipulation” which boosted support for the Saudi government and “targeted” countries like Iran and Qatar.

The latest purge was announced in a blog post on Friday, stating the company had removed a “network of 273 accounts” for coordinated and suspicious activity.

“These accounts were interconnected in their goals and tactics: a multi-faceted information operation primarily targeting Qatar, and other countries such as Iran,” the blog post said, adding “It also amplified messaging supportive of the Saudi government.”

The company said it found evidence that a software firm based in Abu Dhabi, DotDev, managed the operation, and that it had banned all accounts associated with the tech firm. (RT)