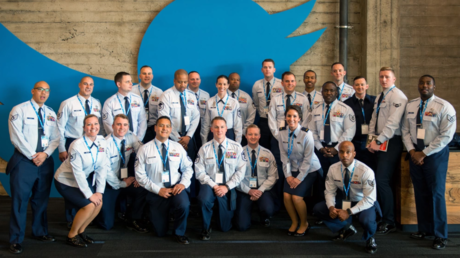 FILE PHOTO: US Airmen from Travis Air Force Base pose for a photo at the Twitter headquarters in San Francisco, November 9, 2017 ©  US Air Force / Louis Briscese

Newly released docs show how the social media giant helped the US military “to amplify certain messages” FILE PHOTO: US Airmen from Travis Air Force Base pose for a photo at the Twitter headquarters in San Francisco, November 9, 2017 © US Air Force / Louis Briscese

Twitter executives have granted the US Defense Department special privileges to use the social media platform for its covert online influence campaigns for at least five years, newly released internal company communications show.

Investigative journalist Lee Fang published the eighth batch of documents on Tuesday, after the company’s new owner, Elon Musk, authorized the release in an effort to provide transparency about Twitter’s past decision-making.

“Despite promises to shut down covert state-run propaganda networks, Twitter docs show that the social media giant directly assisted the US military’s influence operations,” wrote Fang. The journalist was allowed to make requests for internal Twitter documents through an attorney, “meaning that the search results may not have been exhaustive.”

The exposed collusion spanned since at least 2017, when Nathaniel Kahler, an official working with the US Central Command, sent an email to Twitter, requesting verification and “whitelisting” of several dozen Arab-language accounts CENTCOM was using “to amplify certain messages.” The very same day, Twitter integrity team members applied a “special exemption tag” that essentially granted the accounts the privileges of verification without a visible blue check mark.

While the Pentagon allegedly promised not to conceal their affiliation, at some point profile bios and photos of some of these accounts were changed, and they began posing as ordinary users or “unbiased” sources of opinion and information.

7. CENTCOM then shifted strategies & deleted disclosures of ties to the Twitter accounts. The bios of the accounts changed to seemingly organic profiles. One bio read: “Euphrates pulse.” Another used an apparent deep fake profile pic & claimed to be a source of Iraqi opinion. pic.twitter.com/VVVb15BDQ2

Some accounts on the list were promoting US-backed militants in Syria, and anti-Iran propaganda in Iraq. Another was used to justify US drone strikes as “accurate” and only killing terrorists, not civilians, in Yemen. 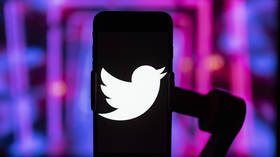 “It sounds like DOD was doing something shady and definitely not in line with what they had presented to us at the time,” one former Twitter employee told The Intercept.

Read more:   Despite his staggering success at Real Madrid, Gareth Bale needs to earn his Spurs again in the Premier League

Other emails obtained by The Intercept showed that high-level Twitter officials, including former head of trust and safety, Yoel Roth, attorney Stacia Cardille, and deputy general counsel Jim Baker, discussed the collusion as “potentially problematic” in the following years, but allowed many of the accounts to remain active.

In one email, Baker speculated that “DoD might want to give us a timetable for shutting them down in a more prolonged way that will not compromise any ongoing operations or reveal their connections to DoD.” However, none of the emails provided to The Intercept shed any light on what exactly was discussed at the classified meetings with the Pentagon officials. 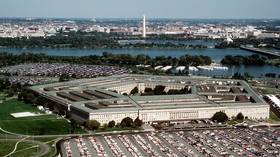 The influence campaign appears to be linked to a larger-scale operation that ran beyond those several dozen Twitter accounts and across many other internet platforms, including Facebook, YouTube and Telegram, as initially highlighted by researchers at Graphika and the Stanford Internet Observatory back in August, and corroborated by a Washington Post investigation in September.

Spearheaded by journalist Matt Taibbi and fellow reporter Bari Weiss, the Twitter Files have been published on a rolling basis with the blessing of the site’s new owner, billionaire entrepreneur Elon Musk. To date the documents have shed light on several controversial decisions made by the company, including material surrounding the suspension of ex-President Donald Trump, the practice of shadow banning, as well as a site-wide ban on a New York Post report about the foreign business dealings of Hunter Biden, the son of President Joe Biden. (RT)