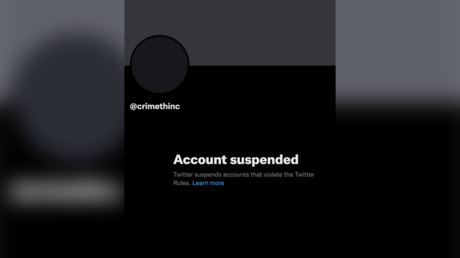 A number of prominent Antifa-affiliated accounts were suspended on Twitter over the weekend for violating the platform’s terms of service, after Elon Musk decided to take a stand against incitement to violence.

Last week, the billionaire asked his 119 million followers which issues Twitter needed to address urgently, aside from removing child exploitation, which Musk described as “priority #1.”

Journalist Andy Ngo pointed out radical Antifa accounts that continued to operate on the platform, despite using it to “promote riots, give tips on how to commit violent crimes, doxing” and calling for attacks on people and their family members.

Musk responded by saying “incitement to violence will result in account suspension” and called it “very concerning” that Twitter had taken no action until now, despite the clear violations of its rules.

On Friday, several Antifa-affiliated accounts were blocked from the platform, including the notorious CrimethInc group, which Ngo claimed “operates like ISIS” by spreading propaganda and training materials to “radicalize militants toward violence.”

The group has been closely linked to the 2020 Black Lives Matter riots and even posted an extensive action strategy guide ahead of the 2020 presidential election including fashion advice, first aid for common injuries from police weapons and instructions on how to best use leaf blowers, laser pointers, shields and helmets. 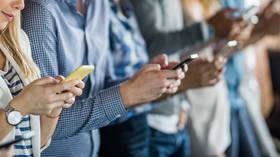 Antifa responded to their suspension with a statement saying they had been banned at the urging of “a far-right troll,” a reference to Ngo, and added they had “never been suspended or received a warning throughout fourteen years of Twitter administrations.”

Read more:   How Africa is responding to a coronavirus surge

Later that day, an Antifa activist in Portland, Oregon posted calls for “actions” at Tesla dealerships across the US, asserting that “fascist Elon Musk has chosen his side in history aligning with fascists and white supremacy.” A picture of a burning car accompanied the tweet. Another tweet gave a list of Tesla facilities and their locations. The account has since been suspended.

Musk has faced criticism for laying off thousands of employees since his takeover of Twitter, with some claiming that the platform is now becoming a hotbed for so-called “hate speech” and right-wing extremism.

The billionaire, however, has insisted that his company remains dedicated to monitoring violent content and will never allow open calls to violence or other posts that break the law. “Twitter will be a forum for the peaceful exchange of views,” Musk wrote, adding that despite the layoffs, the actual rate of hateful comments on the site is now lower than it was before the takeover. (RT)