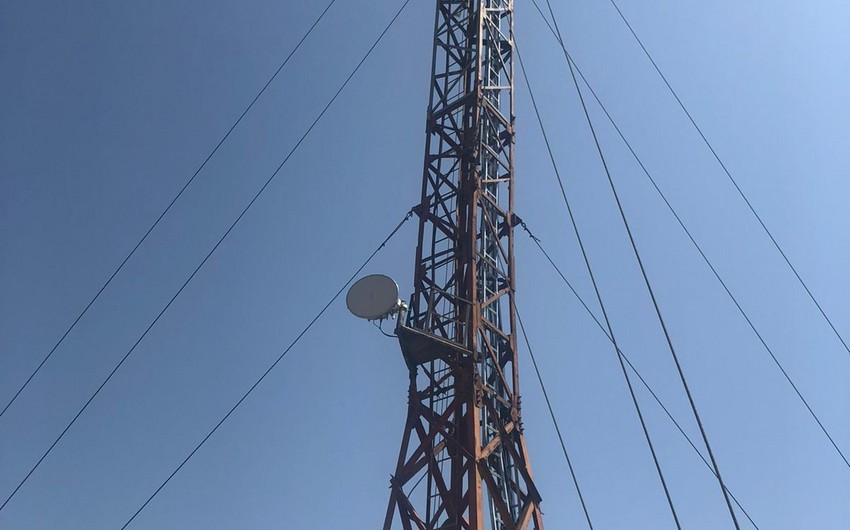 Using the existing 30-meter tower of the Minjivan Radio and Television Broadcasting Station located in Minjivan settlement of Zangilan district, Radio-Television Broadcasting and Satellite Communication Production Association (Teleradio) under the Ministry of Digital Development and Transport has started broadcasting eight TV and two radio programs in Zangilan city and more than ten villages of the Zangilan district, Report informs, citing the ministry.

The broadcasting was ensured through the work carried out to restore the infrastructure, including radio and television broadcasting stations, under the decree of President Ilham Aliyev “On the organization of temporary special administration in the liberated territories.”

Earlier, necessary equipment was installed at the Shusha Radio and Television Broadcasting Station. Since December 31, 2020, radio and television broadcasting has been restored in Shusha, Khankandi, Khojaly, Aghdam, Barda, and surrounding settlements. Also, on October 4, 2021, a new 17-meter metal tower and required broadcasting equipment were built and put into operation in Kalbajar, which made it possible to broadcast eight TV and one radio program in Kalbajar city and 15 surrounding villages of the district.

Work is underway to restore radio and television broadcasting in other liberated territories. In particular, it is planned to restore the Shahyeri station located in the Shahyeri village of Hadrut settlement in the Khojavand district by the end of this year.