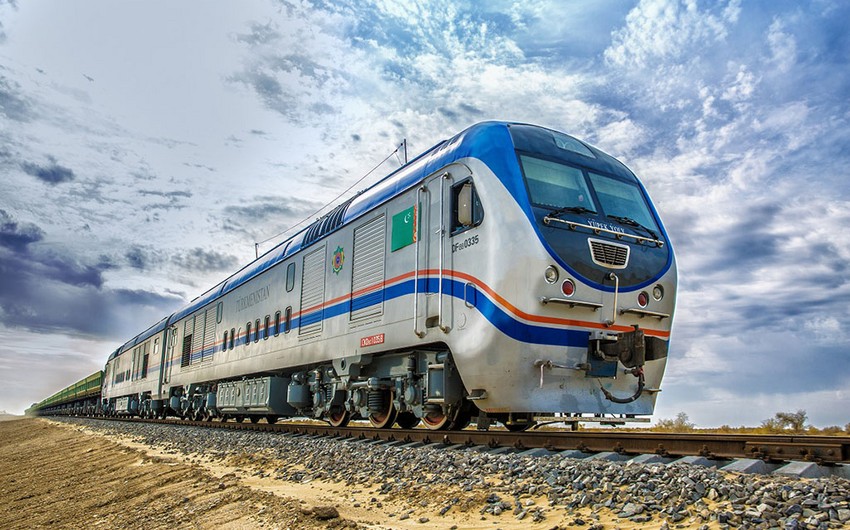 The volume of international cargo transshipment, including incoming and outgoing transit, exports and imports at the Sarahs (Turkmenistan) -Sarakhs (Iran) railway border crossing is 7.5 million tons per year, Report informs.

Last year, almost 3 million tons of international cargo were exchanged with Turkmenistan and other Central Asian countries through Sarahs station.

Every year, it is planned to transport 5 million tons of transit cargo from Kazakhstan to Turkiye through Iran, most of which will come through the Sarahs-Sarakhs railway crossing.

The first transit train on the Russia-India route recently delivered its cargo, including building materials, to Iran via Sarahs to continue its transit to India through Iran’s southern ports.

The activation of the railway communication along the Kazakhstan-Turkmenistan-Iran (KTI) corridor will increase freight traffic between Asia and Europe. Back in November 2021, Iran, Kazakhstan and Turkmenistan signed a trilateral Memorandum of Understanding on railways cooperation in Ashgabat, on the sidelines of the ECO summit.

During the 16th meeting of the Turkmen-Iranian intergovernmental commission on economic, scientific, technical and cultural cooperation, held in Tehran in October 2021, the transport ministers of Iran and Turkmenistan signed a comprehensive memorandum of understanding, which also covered rail transit and road transport.

In June 2022, senior transport sector officials from Iran and Turkmenistan met in Tehran to resume mutual transport links to facilitate transit along the corridors in the region.

Over the past few months, the two countries have taken practical steps to reopen transport links, resulting in a 50% increase in transit.

Thus, rail transit through the Sarahs border terminal, which reopened in June 2022, has increased to 200 rail cars per day. There is a possibility to increase the throughput to 400 cars.