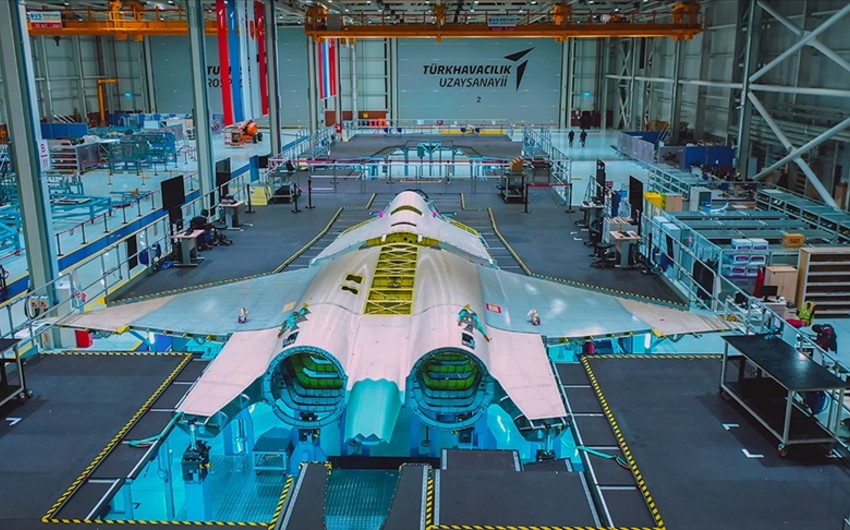 The implementation of the project to create a fifth-generation domestic military aircraft, which is planned to be taken out of the hangar on March 18, 2023, continues in Turkiye, Report informs referring to Anadolu Agency.

The work is being carried out by specialists from Turk Havacilik ve Uzay Sanayii AS (TUSAS) in coordination with the Turkish Defense Industry Agency. More than 13,000 specialists are involved in the process.

“After the prototype is taken out of the hangar, ground tests will begin. The aircraft will be prepared for the first flight,” said Temel Kotil, CEO of TUSAS.

The fuselage and wings of the prototype aircraft are currently being assembled. The prototype military aircraft will fully comply with international standards. The process will involve about 6,500 spare parts and 30 different subsystems.