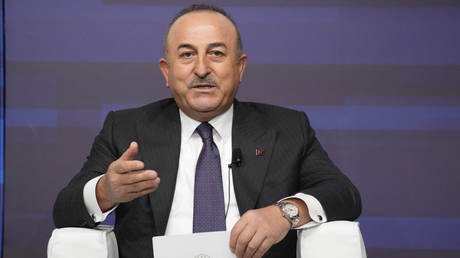 Turkish Foreign Minister Mevlut Cavusoglu called on Monday for Finland to publicly declare an end to its ban on weapons transfers to his country. Otherwise, Ankara won’t support Helsinki’s bid for NATO membership.

Speaking to reporters ahead of a visit by Finnish Defense Minister Antti Kaikkonen to Türkiye on Thursday, Cavusoglu said the minister’s trip would be an “important” one in the context of Finland’s efforts to join the US-led military alliance.

“There has not yet been a statement from Finland that they have lifted the arms embargo against us,” he said, according to Reuters. “We expect such a statement.”

Read more:   Iran BANS import of coronavirus vaccines from US and Britain

Finland and Sweden applied for NATO membership in May, claiming the move was prompted by Russia’s military operation in Ukraine. With membership depending on the agreement of all 30 NATO member states, Türkiye has sought to impose conditions on the two Nordic aspirants before it signs off on their applications. 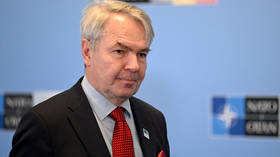 Both countries were asked to extradite Kurdish terror suspects and some followers of US-based Turkish cleric Fethullah Gulen, to crack down on the financing of related groups, and to lift an arms embargo against Türkiye imposed by both counties in 2019 following Ankara’s operation against Kurdish militants in Syria.

Finland and Sweden signed an agreement in June, promising to address these concerns. However, Türkiye claims that progress has been slow. Sweden lifted its arms embargo in September and extradited one Kurdish man previously convicted in Türkiye of membership in a terror group. Turkish Justice Minister Bekir Bozdag called the latter move “a good start,” but said that Stockholm must follow through on extraditing “all terrorists that Türkiye wants.”

Addressing the two Nordic nations’ NATO bids, Russia has said the expansion of the bloc would not make the European continent more stable or secure, and while Moscow noted it “does not have problems” with Stockholm or Helsinki, it has nonetheless pledged to adjust its military posture in its northern region if the alliance adds two new members. (RT)