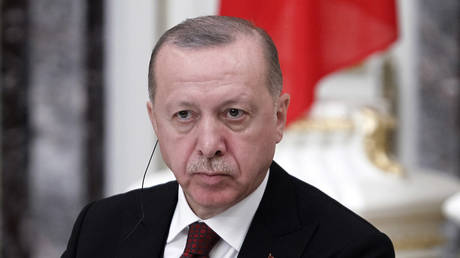 Ankara says it will be reinforcing its military presence in northern Cyprus after the United States decided to lift defense-trade restrictions with the island, Türkiye’s President Recep Tayyip Erdogan said on Wednesday.

Speaking to CNN Turk, Erdogan said Washington’s decision on the sale of arms to the island was “inexplicable in terms of content and timing.”

Earlier this month, the US State Department announced that, for the fiscal year 2023, it will suspend a long-standing ban on the sale of US weapons to the Republic of Cyprus, stating the country had “met the necessary conditions.”

The US noted that the restrictions will stay lifted as long as Cyprus cooperates with Washington in its anti-money-laundering regulations and continues to deny Russian military vessels access to its ports. 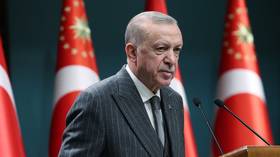 Erdogan, however, blasted the move, stating that Washington “overlooks and even encourages the steps by the Cypriot-Greek duo that threaten peace and stability in the eastern Mediterranean.” The Turkish leader said lifting the arms-sales ban would lead to an “armament race” and hinder efforts to reach a peace deal on the island.

“Will we stand by? We cannot,” the president said, noting that Türkiye already has over 35,000 troops on the island and will reinforce them with land, naval and aerial weapons, ammunition and vehicles.

Cyprus has been a hot button issue for Türkiye ever since fighting broke out between Greek and Turkish Cypriots in 1963. After a military coup in 1974 the island was divided into essentially two administrative zones.

Two thirds of the island is run by a Greek Cypriot administration, is known internationally as the Republic of Cyprus and is a full member of the EU, while the rest of the island calls itself the Turkish Republic of Northern Cyprus – a de facto state that is only recognized by Türkiye. (RT)